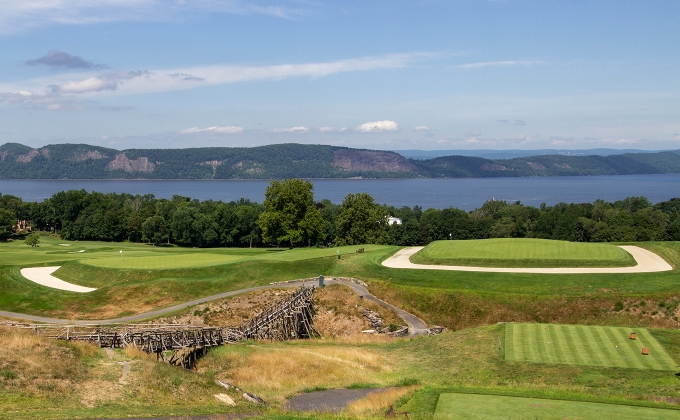 Following qualifiers at Salem Golf Club (May 9) and Rockland Country Club (May 25), Sleepy Hollow hosts the centennial celebration of the Westchester Open on June 13-14 as it hosts the championship for the fourth time. Previous winners at the club include Claude Harmon (1951), Terry Wilcox (1964), and John Gentile (1979).

Since a restoration completed by Gil Hanse, Sleepy Hollow has garnered much-deserved attention, including GOLF Magazine in 2019 declaring the work the best course renovation in the last five years and the No. 71 spot in GOLF's 2021-22 Top 100 Courses in the World ranking that were released in November 2021. Hanse's work made the course more consistent in its design, favoring original designer C.B. Macdonald characteristics over those of A.W. Tillinghast, who contributed a number of holes to the layout in 1930.

On July 5-7, Metropolis hosts the 103rd Westchester Amateur Championship as well as the concurrent Westchester Senior and Super Senior Championships, for which qualifiers respectively take place on June 22 at The Summit Club at Armonk and on June 21 at Hollow Brook Golf Club. This will be the eighth time the club has welcomed the WGA's oldest championship, having produced a notable group of winners including Jerry Courville, Sr. in 1963, Jon Saxton in 1982, and Tom Yellin in 1991.

The season winds down in October, with the British Victory Cup taking place at Wiltwyck Golf Club (Oct. 11) and the Westchester Mid-Amateur being contested at Pelham Country Club (October 17-18).

After an exciting debut in 2021, the 2nd Westchester Senior Open Presented by Lexus will head to Fairview Country Club, with the championship's date to be announced.

Championship registration will open on March 1, once again taking place through Golf Genius.