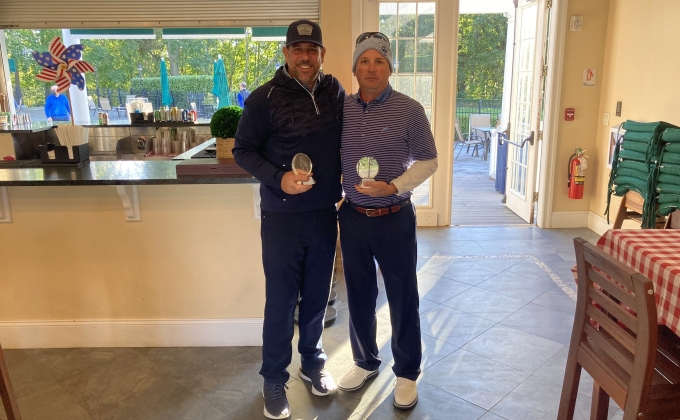 The two-man team of Joe Ferrone of Nassau Players Club and David Segot of Nassau Country Club took home the title with a one-shot lead over the rest of the field. Ferrone and Segot carded three birdies on the front nine to balance out just one bogey on the card and finish with a 2-under 69.

Just one shot back finishing with matching scores of 1-under 70 were the teams of Michael Madden and Max Vanson of Huntington and Frank Meizoso and Jonathan Millman of MGA eClub - Long Island.

The 2021 Sands Memorial Four-Ball Championship has started at North Shore!

Jed Wilder and Scott Meyer of Glen Oaks took home the title in the Net Division after a match of cards with Meizoso and and Millman, all who finished with a net 3-under.

In the Senior Division, David Mattana and Jon Doppelt of Fresh Meadow recorded the only under-par score of the day for the division with a 1-under 70. The duo had three birdies to help them come in under-par.

North Shore’s own John Glavinic and Zoran Grgas claimed the Senior Net Division with a net 4-under 67.