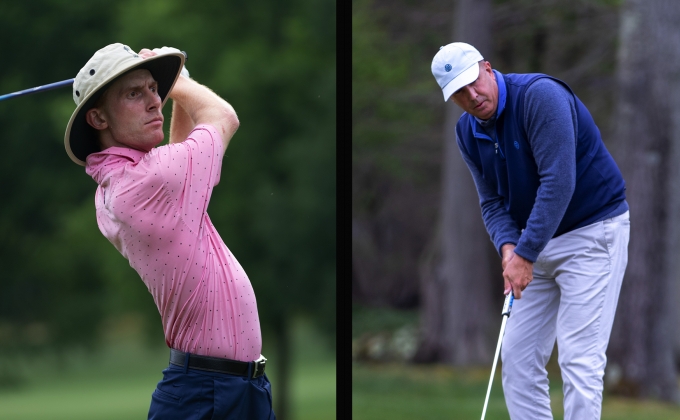 ELMSFORD, N.Y. (November 11, 2022) - After phenomenal seasons on the course, Matthew Lowe of Bethpage State Park Golf Club and Dave Scialabba of the Meadow Brook Club have been named the Long Island Golf Association’s Player of the Year and Senior Player of the Year, respectively, for the 2022 season.

The LIGA Player of the Year award, an honor established back in 2012, identifies the top Long Island amateur player each season. Lowe has consistently proven himself as one of the top amateur players on Long Island. This is the first time in his amateur career that he has won this award.

Lowe had an incredibly consistent 2022, playing in 10 events over the course of the season. In the first half, strong finishes in some big events got things rolling for Lowe. He finished sixth at the NYC Amateur Championship, T-7 at the Ike MGA Stroke Play Championship, and T-8 at the Long Island Open Championship, as well as earning Low Amateur honors.

Some of his best finishes of the season came in events that heavily featured match-play. After stroke play at Fenway for the 120th Met Amateur Championship, Lowe earned the 8-seed for match-play. He defeated Chris DeJohn of Arcola in the round of 16 before losing to the eventual champion, Brad Tilley of Sleepy Hollow, in the quarterfinals.

At the tail end of the season, Lowe flashed once again in stroke-play qualifying and match-play, at the inaugural playing of The Farrell at The Stanwich Club. He won his first two matches in the Men’s Mid-Amateur Division against Trevor Randolph and Christopher Troy before, again, losing to eventual champion Brad Tilley in the semifinals.

Dave Scialabba’s play over the last three seasons has been the model of consistency among senior amateur players on Long Island. In 2022, Scialabba competed in nine events, recording five top-10 finishes, including one victory on his way to Senior Player of the Year honors for a third consecutive season.

His best finish of the year came at the Garden City Golf Club’s Travis Invitational, where Scialabba defeated T.J. Brudzinski 1-up in the finals to claim the Dwight D. Eisenhower Cup.

Lowe finished the year with 1,595 points; more than 500 points ahead of the second place finisher and previous Player of the Year winner Darin Goldstein of Deepdale. Scialabba ended the season with 808 points, finishing 143 points clear of Dennis Lynch.