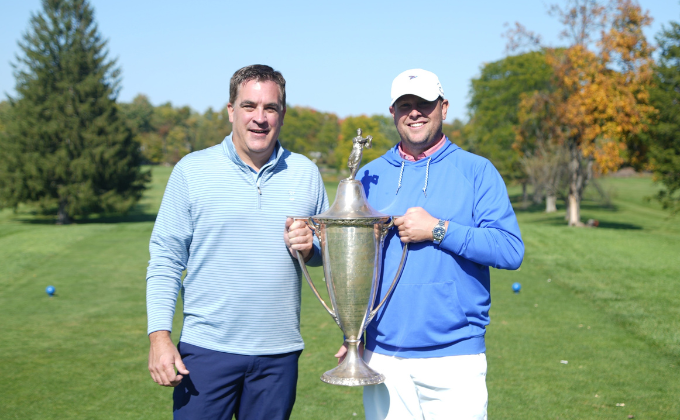 KINGSTON, N.Y. (October 14, 2022) – For the second year in a row, Patrick Mainey was part of the winning British Victory Cup duo, claiming the title with fellow Powelton Club member Scott McNally at Wiltwyck Golf Club in a playoff. Mainey last year won the title with Sean McNally at their home club.

The day was a tightly contested battle, as Chris Kelly and Joe Del Grosso of Centennial Golf Club and Mainey and McNally both carded even-par rounds in the four-ball event. Mainey and McNally took care of business quickly though, earning the win on the first playoff hole.

Mainey was the hot hand during the day, posting four birdies on his card, with three coming on the inward nine.