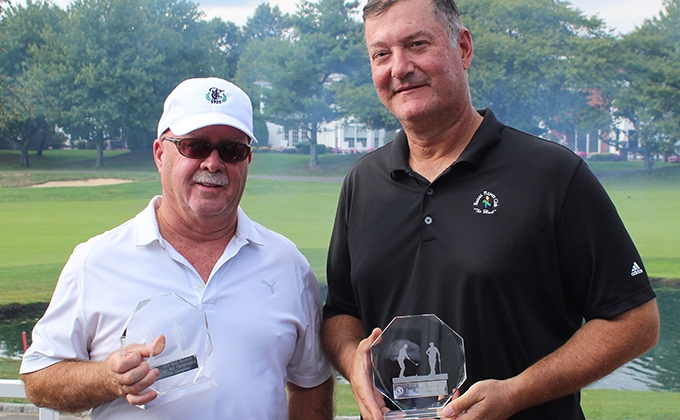 COMMACK, N.Y. (August 9, 2019) -- Paul Moran of Peninsula Golf Club and Sergio Valentini of Nassau Players Club won the 2019 LIGA Ricciardi Net Four-Ball Championship at Hamlet Golf & Country Club, posting a better-ball net score of 5-under-par 65 for a one-shot victory over four teams. Bob Andrasick and Bob Brownrigg of Nassau Players Club won the match of cards for second place thanks to their net 31 on the back nine.

Moran and Valentini began on the right foot, making a net birdie on the par-five 7th with the shotgun start. After a par-three on the eighth, the pair turned in five net birdies over the next eight holes, while also surrendering a couple of bogeys. However, as they made their way to the first tee, they tacked on two more net birdies on Nos. 1-2 before closing with four consecutive pars.

In the gross competition, Jimmy Alvino and Dave Segot of Nassau Players Club had a better-ball score of even-par 70 to take top honors.