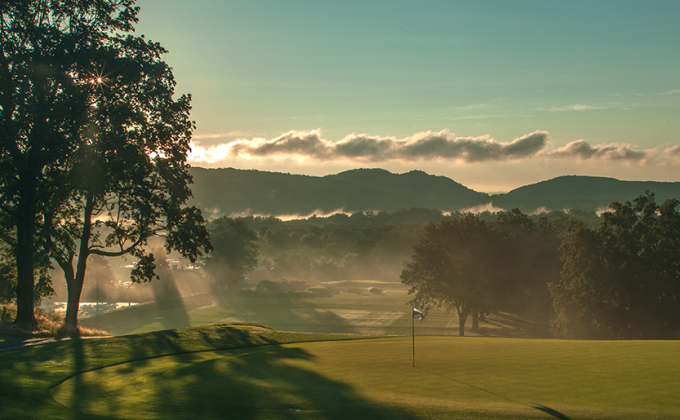 MAHOPAC, N.Y. (May 17, 2021) -- Jud Langille of Trump National - Westchester shot 2-under 68 on Monday at Mahopac Golf and Beach Club, leading 31 qualifiers into match play at the 102nd Westchester Amateur Championship, July 6-8 at Paramount Country Club. Brad Tilley of Sleepy Hollow is exempt into the championship as the reigning champion and will take the No. 1 seed.

“Everything was pretty steady,” said Langille, who also shared that he played well due to “giving [himself] chances all day.” Langille started the first nine strong, making birdies on Nos. 4 and 5 to go with seven more pars. He remained steady coming in, making a birdie, a bogey and seven pars en route to claiming medalist honors by four shots and the No. 2 seed at Paramount. Langille's score reflected his comfort with the course's difficulty and setup, while the former WGA Junior Player of the Year also entered the day with high expectations, saying, "Honestly, I've probably never felt much better. I'm really excited for the rest of the summer."

Owen Walsh of Mahopac and Thomas Bennett of Pelham tied for second, both shooting 2-over 72. Walsh carded a birdie on the par-4 10th, while Bennett birdied Nos. 1, 8 and 15 to secure his high seed in the championship.

The day ended with a 13-for-6 playoff between players that shot 7-over 77. Three alternates were also awarded.