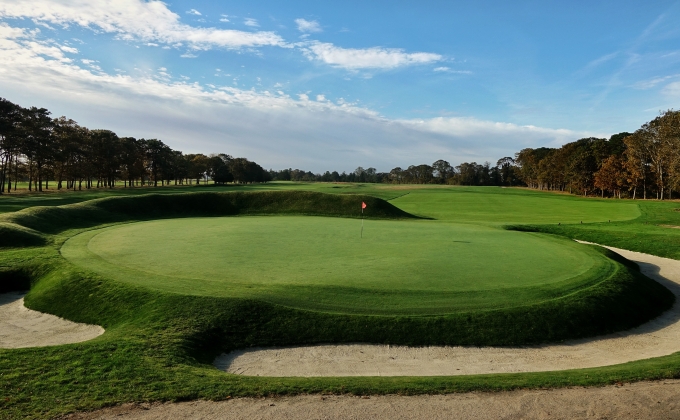 ELMSFORD, N.Y. (May 17, 2022) -- Qualifying for 98th Long Island Open Presented By Stifel this year will take place at two sites. Those who advance will be in the field for the championship, slated for June 7-9 at Westhampton Country Club. This is the fourth time in club history Westhampton Country Club will host the championship. They previously hosted the event in 1961, 1976 and most recently in 2017.

Last year’s champion, Andrew Svoboda of Engineers, looks to continue his Long Island Open dominance. He will aim to win his fourth Long Island Open title in the last five years. In 2021, he defeated Darin Goldstein of Deepdale in a three-hole aggregate playoff at Fresh Meadow Country Club.
Qualifiers will complete the field for the 54-hole championship, with those exempt including all 54-hole finishers from 2021 at Fresh Meadow.

May 17 | Bethpage State Park: Red Course, Farmingdale, N.Y.
Amateur Michael Frizalone of Colonial Springs, Jeff Warne of The Bridge, Jack Casler of Garden City, Sebastian Hutman of Deepdale and Youth on Course MGA eClub member and amateur Matthew Difiore submitted the day’s only sub-par rounds, finishing the qualifier at 1-under 69. Hutman and Frizalone recorded five and four birdies respectively to help propel themselves to the top of the leaderboard. Overall, 31 players advanced to Westhampton behind scores of 3-over 73 or better. 21 of those players were amateurs.
Results

May 23 - Indian Hills Country Club, Northport, N.Y.
Only two players finished under par at Indian Hills, with Keegan Moore of Rockaway Hunting Club posting a 4-under 68 and Kirk Oguri of Pete’s Golf Shop carding a 1-under 71. Five birdies led Moore to finish with the low score of the day by three shots. Ultimately, 26 players advanced to Westhampton with scores of 77 or better.
Results