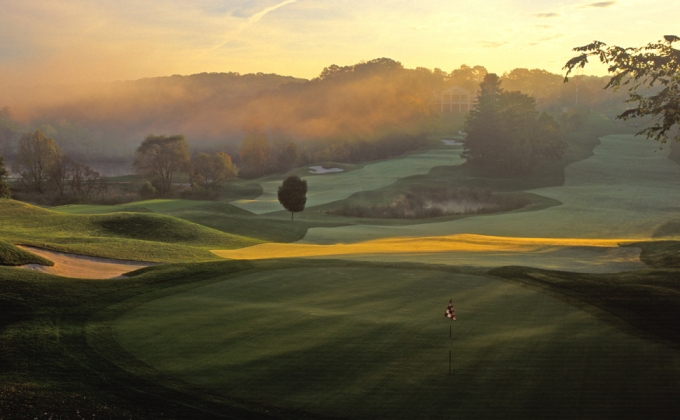 ELMSFORD, N.Y. (May 26, 2021) -- The field for the 99th Westchester Open Championship will get filled through a pair of qualifying rounds as players aim to advance to GlenArbor for the July 19-20 championship, which returns to a more traditional position on the schedule following its postponement to October in 2020.

GlenArbor will be welcoming its third Westchester Open since 2007. It last hosted in 2016, when the Club's very own Rob Labritz came away victorious.

May 26 - Rockland Country Club, Sparkill, N.Y.
Qualifying Positions: 30 & ties
Matthew Fields of Quaker Ridge came away with medalist honors at Rockland Country Club in Wednesday’s qualifying round for the Westchester Open Championship. Fields shot 1-under 70 to best the field by two shots. He strung together three birdies in a row on Nos. 10, 11, and 12, which gave him the separation he needed over the field.

When asked what the keys to success were for his round Fields said course management was key. “I didn’t put myself in any big trouble spots and kinda hit a lot of greens,” he said. “Pins were tricky and greens were tricky today, so being able to putt, you know, instead of chip made a big difference today.” Fields enjoys playing in tournaments in his free time. “I try to play in a few of these every year,” he said. “When you have a full time job and two little kids at home it’s fun to be able to get the competitive juices flowing.”

Along with Fields, 29 other qualifiers made it below the cut line of 6-over par and will advance to the 99th Westchester Open Championship.
Results

June 15 - Redding Country Club, Redding, Conn.
Qualifying Positions: 25 & ties
Patrick Schwarze of Wykagly carded a 2-under 69 to capture medalist honors and lead 26 players on to the Westchester Open Championship at GlenArbor. "I just kept it simple, tried to hit a lot of fairways, hit a lot of greens," said Schwarze, who was seeing Redding for the first time. "I did my research, went online, scouted it out. I didn't hit one driver and think I only missed one green all day," he said.

Schwarze played steadily, making three birdies to just one bogey as he took the top spot. "I just hit it to the middle of the green a lot, take a two-putt and go to the next hole and if you make one, you make one.," said Schwarze of his strategy.

Andrew Sciaretta of Brooklawn, Corey Eisenband of Fenway, Corey Birch of Silver Spring and Mike Gilmore of Winged Foot all added in 1-under 70s to round out those finishing sub-par on the day.

Tobin Whitman of Westchester was the top amateur qualifier, shooting 1-over 71 to lead seven amateurs in all from the qualifier. Players advancing shot 4-over 75 or better.
Results