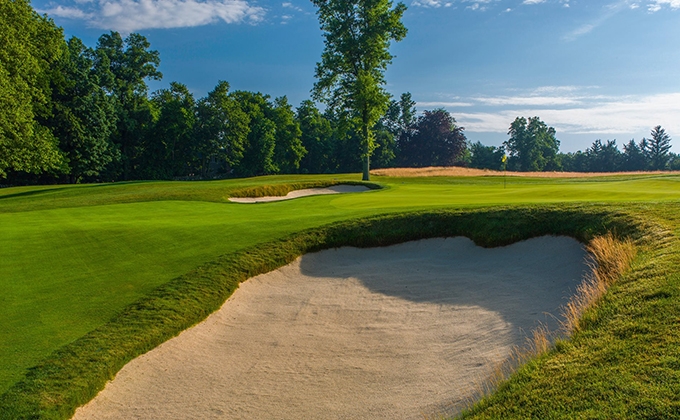 ELMSFORD, N.Y. (June 27, 2018) -- Qualifying for the 96th Westchester Open Presented by Callaway concluded Wednesday, setting the field for the July 9-10 championship at Sunningdale Country Club in Scarsdale, N.Y. Players had two opportunities to qualify for the historic regional championship, with qualifying rounds taking place June 26 at Knollwood in Elmsford, N.Y., and June 27 at Rockland Country Club in Sparkill, N.Y.

June 26, Knollwood Country Club, Elmsford, N.Y.
Amateur Eric Terminello of Knollwood used his home-course advantage, firing 3-under 68 to earn medalist honors in the qualifier. Todd Wingerter of Burning Tree and Mitch Gray of Pelham followed with rounds of 2-under 69, while Chris Trout of Winged Foot and Colin Corrigan of Purchase rounded out those in red figures with 1-under 70s. In all, 50 players posted scores of 76 or better to advance to Sunningdale.

June 27, Rockland Country Club, Sparkill, N.Y.
Kevin Riley of Manhattan Woods earned medalist honors on the day with a round of 4-under 67, as 22 competitors punched their tickets to Sunningdale. Also finshing in red figures, with rounds of 1-under 70, for the day were Cian Curley of Purchase and amatuer James McHugh of Rye.