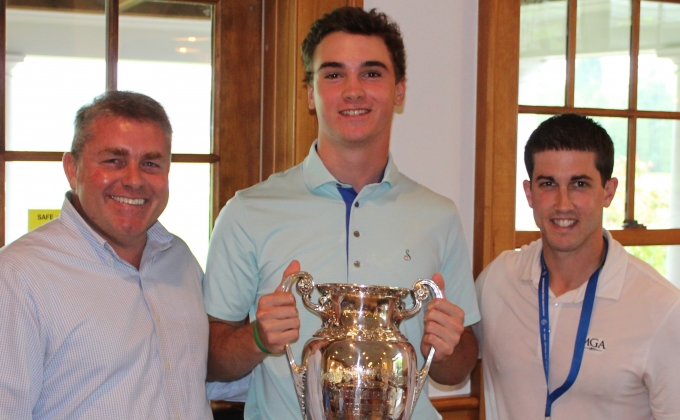 SOUTHAMPTON, N.Y. (June 25, 2019) -- Matt Simon of Friar's Head won an abbreviated 18-hole version of the 98th Long Island Junior Championship, Tuesday at Southampton Golf Club. Several downpours halted play, soaking the course and not allowing players to return to the course. Players had only played six to eight holes during the morning, leading to a match of the previous day's cards between Simon and Jesse Goodman, who both carded 74s. Simon's 37 on the back nine edged Goodman's 38 and earned him the title.