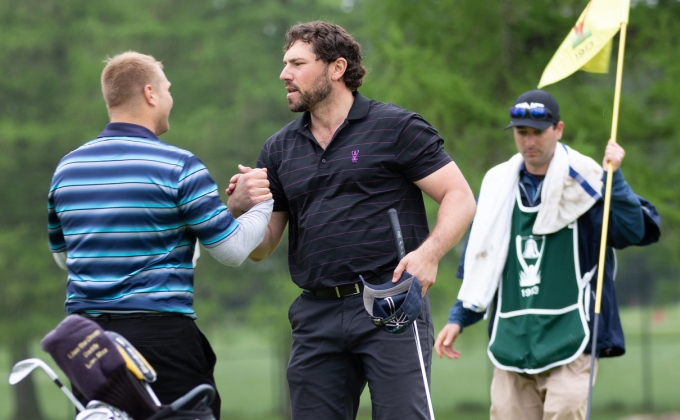 Wheatley Hills' own Nick Demeo picked up a pair of wins to move on to Saturday's play.

EAST WILLISTON, N.Y (May 3, 2019) -- Four players remain in the Championship bracket, while the title match is set in the Senior Masters division heading into Saturday at the Richardson Memorial Championship Sponsored by Keystone Electronics at Wheatley Hills Golf Club.

Jonathan Farber of the Tam O'Shanter Club, Nick Demeo of the host club, Jonathan Jeter of Nassau Players Club and Michael Lee of the Mill River Club each won morning Round of 16 and afternoon quarterfinal matches to reach the semifinals of the Championship Division. Farber is aiming to once again return to a match play final at Wheatley Hills, following his run to the title match in the Long Island Amateur Championship in 2018. He'll face Wheatley Hills' own Demeo, who registered impressive wins of 5-and-4 and 2-and-1 on Friday. Jeter also notched two strong victories, winning by margins of 6-and-5 and 3-and-2, and will face off against Lee.