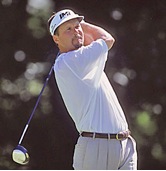 May 8, 2009 – Local qualifying for the 109th U.S. Open Championship at Bethpage Black in Farmingdale, N.Y., gets underway in the Met Area on Tuesday, May 12. The USGA accepted a record 9,086 entries for the championship, proving how Bethpage Black is a big draw for competitors around the world. Laurel Links Country Club in Laurel, N.Y., and Essex County Country Club in West Orange, N.J., will host top professionals and amateurs as they vie for the chance to compete with the world’s best. These are the first two of five U.S. Open local qualifying rounds to be conducted by the Metropolitan Golf Association over the next two weeks, where a total of only 35 players will earn a ticket to sectional qualifying.

Amateurs highlighting the Laurel Links qualifier are 2008 MGA Jerry Courville Sr. Player of the Year Joe Saladino of Huntington CC (Huntington, N.Y.) and 16 year-old Cameron Wilson of Shorehaven GC (Norwalk, Conn.), the low amateur at the 2008 Met Open. Professionals and former Met Open champions Darrell Kestner of Deepdale GC and Rick Hartmann of Atlantic GC are two players who have advanced to sectional qualifying many times in the past and look to do so again.

Tuesday’s qualifiers are followed by another Long Island qualifier at Cherry Valley Country Club in Garden City, N.Y., on Wednesday, May 13. Cherry Valley will be tested by the youngest player to attempt to qualify for the U.S. Open this year, thirteen-year-old Matthew Lowe, who coincidentally plays out of Bethpage. Professional Mike Gilmore of the Piping Rock Club, who qualified for last year’s U.S. Open at Torrey Pines, as well as 2008 Met Open champion Mark Mielke of the Mill River Club (Oyster Bay, N.Y.), are also in the field. Other amateurs include 2008 Carter Cup champion Curtis Loop of the Country Club of New Canaan (New Canaan, Conn.), as well as 2009 Richardson Invitational champion Casey Calmi of the Nassau Players Club.

The final two local qualifying rounds take place at Haworth Country Club in Haworth, N.J., on Monday, May 18 and at Siwanoy Country Club in Bronxville, N.Y., on Tuesday, May 19. The Haworth field, although small in number, packs quite a punch of talent. PGA and Nationwide Tour player Jim McGovern of Oradell, N.J., will attempt to qualify for his eleventh U.S. Open—his last was in 2002 at Bethpage. Joining him is 2005 Met Open champion John Stoltz of Concord Golf Resort (Kiamesha Lake, N.Y.), 2008 Ike champion Kevin Foley of Neshanic Valley (Neshanic Station, N.J.) and 2008 Met Junior winner Anthony Aloi of Cranbury Golf Club (Cranbury, N.J.).

Rounding out the local qualifying at Siwanoy will be professionals John Guyton of Trump National Westchester, the 2006 Met Open winner, and Tim Hegarty of Sleepy Hollow. Amateur Michael Quagliano of GlenArbor Golf Club (Bedford Hills, N.Y.) looks for a return trip to the U.S. Open.