ELMSFORD, N.Y. (July 30, 2012)– The red carpet is rolled out for one of the strongest fields in recent memory as 71 top Met Area amateurs journey to Hollywood Golf Club in Deal, N.J., beginning Thursday, August 2nd for the 110th Met Amateur Championship. Players must survive 36 holes of stroke play in order to advance to the 16-man match play portion of the MGA’s oldest championship. 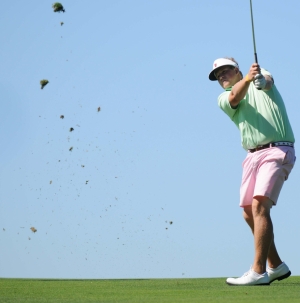 Looking to defend his title and become the first repeat champion since PGA Tour star Johnson Wagner won in 2001 and 2002 is reigning MGA Player of the Year Mike Miller of Knollwood, who is having yet another standout season. The 20-year-old has already captured the Westchester Amateur Championship, tied for 2nd at the Sunnehanna Amateur and Terra Cotta Invitational (both national amateur events), and also finished second in the NYC Amateur. He also had top-5 finishes at the Ike and Westchester Open, and qualified for the upcoming U.S. Amateur (which will mark his third appearance).

“When you come home and look at the trophy and look at the names, it definitely means a lot,” said Miller, describing his year as the Met Amateur champion. “It’s one of the biggest events the MGA runs. To be on the trophy with a bunch of high-caliber names, it’s something that I’ll cherish and hopefully be able to defend.”

Miller, who’s currently No. 52 in the World Amateur Golf Rankings, says he’s pleased with the state of his game heading into Hollywood, especially the mental aspect. “I used to be real hard on myself,” he said. “Over the past six months, I’ve just really improved more than I thought I would. Mentally I’m more prepared and more into it this year.”

Given the quality of golf he has produced this year, 15 year-old Cameron Young of Sleepy Hollow is also a favorite heading into this year’s championship. With victories at the Hochster Invitational at Quaker Ridge, Brae Burn Invitational at Brae Burn, and Mittelmark Invitational at Fenway, Young won’t be able to sneak up on the field anymore. The same goes for Max Buckley of Westchester, who tied for second place at the Ike and recently advanced to the match play portion of the North & South Amateur Championship at Pinehurst. And Buckley has tasted success at the Met Amateur before, making the quarterfinals a year ago.

Though hard to believe, established Met Area competitor Joe Saladino of Huntington is still seeking his first MGA victory. The two-time MGA Player of the Year is having yet another stellar season, with a victory at the Travis Memorial, T2 finish at the Ike, and second-place finish at the Mittelmark. Sam Bernstein of Century is 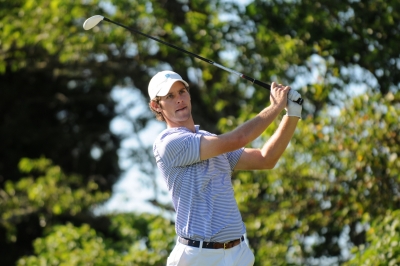 also looking to etch his name on a major MGA championship trophy. The 2011 Met Amateur runner-up recently fired a 5-under 67 to medal at a Met Open sectional qualifying round at North Hills Country Club, to go along with his fifth-place finish at the Ike.

And don’t sleep on the St. John’s University trio of Pat Wilson of Panther Valley, Ryan McCormick of Suburban, and Dylan Crowley of Glen Cove. Wilson has already tallied seven top-8 finishes this season, while McCormick added two huge wins to his résuméat the NJSGA Amateur and NYC Amateur. Crowley has made several cuts in 2012, qualified for the U.S. Public Links in June and just last week booked his ticket to the U.S. Amateur, along with his teammate Wilson.

This year marks the first time the Met Amateur will be at Hollywood since 1925, when it was won by the legendary Jess Sweetser. The par-71, 7,040 Jersey shore track was originally designed by Walter Travis and retains the hallmarks of classic golf course architecture. It is known for having some of the most challenging green complexes in the Met Area, and its emphasis on strategic play makes it a particularly compelling venue for match play.

Hollywood has long held a place among New Jersey’s top-ranked layouts and was ranked in the top 50 in the Met Area in the April/May 2007 issue of The Met Golfer. Prior to this year’s Met Amateur, it has previously hosted the 1991 Met Open and the 2008 MGA Senior Open, and also hosted the 2011 New Jersey State Open, won by web.com Tour professional and 2008 Ike champion Kevin Foley.

As with all MGA championships, look for wall-to-wall coverage on mgagolf.org, as well as live updates on Twitter and Facebook. We’ll also be providing 9-hole scoring during the 36-hole stroke play qualifier on Wednesday and live hole-by-hole scoring during all match play matches.