ELMSFORD, N.Y. (June 19, 2012) - The final field of 122 of the Met Area’s finest golfers are making their final preparations and will head to the east end of Long Island to Atlantic Golf Club for the 57th Ike Championship presented by Canon Business Solutions on June 25 & 26. The MGA’s amateur stroke play championship has grown in popularity since its inception in 1953, the year after Dwight D. Eisenhower was electe 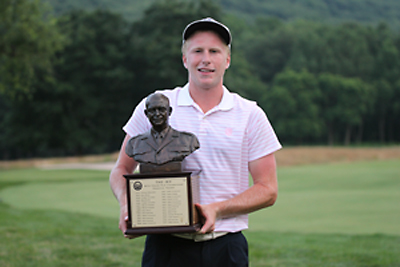 d President, with the MGA officially purchasing the rights to the tournament in 1986. Today, the Ike is regarded as one of the most prestigious amateur events on the golf calendar, and attracts more entries than any other MGA individual championship.

This year’s host for the Ike, Atlantic Golf Club in Bridgehampton, N.Y., promises to challenge players with a course that has been the stage for two USGA championships and a host of local events. Atlantic opened for official play in 1992, and was the site for the 1995 Met Open just a few years later. It hosted the 1997 U.S. Senior Amateur and the 2010 U.S. Mid-Amateur Championships. Designed by Rees Jones, the 6,990- yard, par-72 layout includes long fescue grass and an absence of many trees, making it an attractive yet challenge venue for competitors.

RELATED: During the course of the championship, we'll be using the hashtag #2012IKE on Twitter for all users to follow.

This year’s field is one of the strongest in recent history, led by defending Ike champion Tommy McDonagh of Shorehaven. McDonagh, a 23-year-old Penn State graduate, prevailed against Joe Saladino of Huntington in a five-hole playoff at Somerset Hills in 2011. McDonagh, who tied for second in the 2012 CSGA Palmer Cup and was invited to the Northeast Amateur this month, is a two-time Met Amateur champion (’06 &’08) and claimed the 2011 Ike team trophy along with Cameron Wilson, who is also among the players to watch. Wilson, the standout player from Stanford University and the 2009 Met Amateur champion and MGA Player of the Year, was the medalist at the U.S. Open Sectional Qualifying Round at Canoe Brook on June 4. The 19-year-old will be returning home from his experience at the Olympic Club just in time for the Ike. 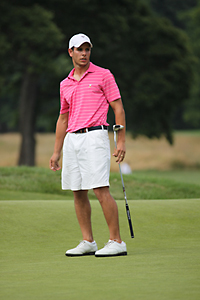 Saladino, two-time MGA Player of the Year (’08 and ’10) and the 2011 LIGA Player of the Year, is also off to a good start this year. The 32-year-old won the Travis Invitational at Garden City Golf Club and finished third(and low amateur) in the Long Island Open. Saladino knows Atlantic well, having reached the Round of 16 at the 2010 U.S. Mid-Amateur. Another Long Islander, 16-year-old Jim Liu of Bethpage, won the 2010 U.S. Junior Championship and will make his debut in an MGA event at Atlantic.

Another top contender is 2011 MGA Player of the Year and Met Amateur champion Mike Miller of Knollwood, who has played as much competitive golf as anyone in the Met Area this year. After returning home from a trip to Ireland and the U.K., where he tied for fourth at both the Lytham Trophy and the Irish Amateur, Miller, 20, shared medalist honors with 15-year-old Cameron Young, the 2012 Hochster Memorial champion, at a U.S. Open Local Qualifying Round. Both Miller and Young played at the U.S. Open Sectional Qualifying round, met in the finals of the 2012 Westchester Amateur, won by Miller, and will be in the same field once again at Atlantic.

A number of other notable players will travel to Atlantic to vie for the Ike, including some of the current leaders in contention for the MGA Jerry Courville Sr. Player of the Year Award. Bringing their talents to the field are St. John’s University senior Pat Wilson of Panther Valley, who was the overnight first-round leader at last year’s Ike, Brian Komline of Black Oak, Patrick Pierson of Miniscengo, Al Small of Fairmount, Matt Demeo of Hamlet Wind Watch, and Mike Stamberger of Spring Lake. The 2012 MGA Senior Amateur champion, Ron Vannelli of Metuchen, became exempt into the Ike after claiming the title at Metedeconk in May, and he is joined by last year’s Senior Amateur champion, John Ervasti 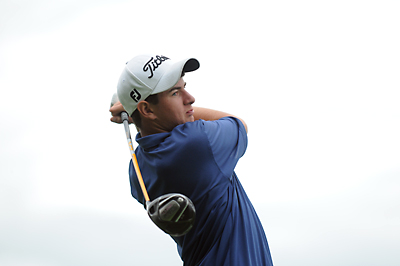 Some other noteworthy names qualified at five different sectional qualifying rounds held in May to determine the final field. Ed Gibstein of Engineers, the 1994 Ike champion, will try to take another title this year while Ken Bakst of Friar’s Head attempts to add the Ike to his long list of victories. Dylan Crowley of Glen Cove, who played in the U.S. Open Sectional Qualifier, brought in a low score at Rockville Links, as well as Hal Berman of Middle Bay and Tom Trakoval of Port Jefferson. Ryan McCormick of Suburban will also be a threat to the field, coming off of his recent win at the New Jersey State Amateur.

This year’s Ike Championship promises to be one of the most exciting in recent memory, with an accomplished field that is full of potential champions. Atlantic Golf Club will be an excellent backdrop to two full days of golf, with one amateur claiming the title. Also on the line is the Ike Team Championship, which is awarded to two players from the same club with the lowest three-round score. The MGA will provide live scoring, photos, videos, and social media coverage throughout the rounds, and will have full coverage and results following the completion of play.