JACKSON, N.J. (May 8, 2012) – Former Met Amateur, MGA Senior Amateur, and MGA Player of the Year Ron Vannelli of Metuchen added another title to his record by defeating Tom Trakoval of Port Jefferson with a par on the first hole of a sudden-death playoff to capture the 85th MGA Senior Amateur Championship at Metedeconk National Golf Club in Jackson, N.J. Vannelli, who held a one-shot lead going into the final round, was able to get up and down from behind the 18th green in the playoff, while Trakoval’s three-foot par putt just missed the right edge.

Vannelli, the 2005 MGA Player of the Year, shot a final-round 77 and adds another Senior Amateur Championship trophy to his shelf (he won at Wee Burn in 2008), in addition to his 2005 Met Amateur victory at The Creek. While he struggled a bit on the greens today with four three-putts, he credited his crisp ballstriking and stellar tee game to his victory.

“It’s great to win an event, and 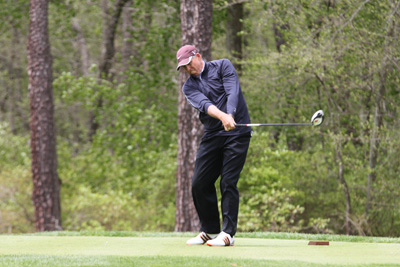 any MGA event is fabulous, no question about that,” Vannelli, 64, said. “I struck the ball pretty well and drove it great. I think I missed two fairways."

Lightning-fast greens and gusty conditions made scoring much more difficult on day two. Only eight of the 33 players managed to break 80. Trakoval, 55, outplayed the field for most of the day in his first MGA Senior Amateur appearance. He shot the best round of the day, a 2-over-74, but a three-putt from 50 feet on the 36th hole of regulation allowed Vannelli, who was in the 18th fairway in the group behind him, to get into the playoff.

“I gave myself a chance,” Trakoval said. “I knew I had to play a good round because Ron is a great player. These greens are so exact, when you hit it perfect it goes and in, but if you hit it on an edge a lot of times it’s going to spin out.  But I made plenty of them today.”

The event began on Monday with a full field of 168 competitors, 33 of whom survived the cut of eight-over-par 80. Al Small of Fairmount, the 2009 champion of this event, finished third after a final-round 75 (152), while Jim Hamburger of McCann shot a 77 (153) and Jim Graham of Winged Foot shot an 80 (153) to round out the top five. Defending champion John Ervasti of Sleepy Hollow couldn’t duplicate his magic of 2011 and finished in a tie for ninth. Eleven-time MGA Major winner George Zahringer III fired a 78 to finish tied for sixth.

Metedeconk National is no stranger when it comes to hosting major golf tournaments. The club, which is celebrating 25 years since its founding, was the site of the 1996 Ike Championship, 2003 Met Open, and inaugural Metedeconk Challenge, which grew into the biennial match play event between the MGA and the Golfing Union of Ireland now known as the Carey Cup. It was designed by Robert Trent Jones and his lead project manager, Roger Rulewich. The name Metedeconk derives from the Metedeconk River, a branch of which flows through the club’s 1,200-acre property.

The MGA Senior Amateur Championship is the first event on the 2012 MGA calendar and is open to players 55 and older. Next year, the championship will be held at Navesink Country Club in Red Bank, N.J.