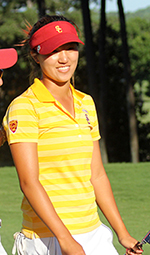 beginning Thursday, June 27. Park advanced through sectional qualifying for the Open when she achieved medalist honors at Edwood Country Club in River Vale, N.J. in late May. In 2012, Park also qualified for and played in the Women's Open in Koehler, Wisc., but ended up failing to make the cut.

Park began making news last spring when she won the Nassau Boys High School Championship at Bethpage Red, and she just finished an incredible freshman season at USC, winning the NCAA women's golf individual championship and leading her teammates to the team title with a record setting 21 stroke victory. She was recently voted the National and Freshman Player of the Year by the Women's Golf Coaches Association. [See Annie's full list of recent accomplishments on the course in the June Met Golfer EXTRA article Park's Place.]

This won't be Park's first time tackling Sebonack's testing track, as she played the Southampton gem last October in the MGA's French-American Challenge Matches. The Long Island native won her singles match 5 & 4, and lists Sebonack as one of her favorite courses to play. She is even using the same caddie from Sebonack in October for the Open. 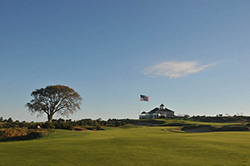 Annie has the 12:52 p.m. tee-time for Thursday's first round (off the 10th tee), and is playing with professionals Izzy Beisiegel of Canada and Christine Song of Maryville, Tenn. The full list of starting times and complete championship coverage can be found on www.2013uswomensopen.com.

Also out East at Sebonack this week is MGA Director of Rules and Competitions Brian Mahoney who, for his second time, is a member of the USGA Rules Committee. He'll be on the course to provide Rules decisions.