Past MGA Champs Take On Merion

Past MGA Champs Take On Merion

ELMSFORD, N.Y. (June 10, 2013) – Former MGA champions Morgan Hoffmann and Andrew Svoboda will return to the U.S. Open this week at 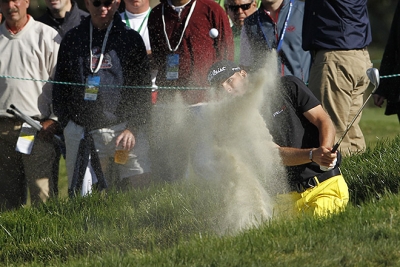 Merion Golf Club in Ardmore, Pa. This marks the third and fourth appearances, respectively, for each of the former local stars.

This Thursday will be the first time Hoffmann, a former Carter Cup champion, will tee it up at a U.S Open not being played in the state of California. He will look to build off momentum from last year’s Open at The Olympic Club in San Francisco, Calif., where he made the cut and finished T-29 (with popular PGA Tour winner Matt Kuchar and the second low amateur Beau Hossler). Hoffmann also played in the 2010 Open at Pebble Beach Golf Links in Monterey, Calif, where he missed the cut by only one stroke.

This will be Svoboda's fourth Open, but his first since playing Bethpage Black in 2009 where he missed the cut. A year earlier Svoboda, the winner of a Met Amateur and Met Open, qualified for the weekend at Torrey Pines (it was his only major cut of his career, finishing tied for 71st). He also played in the 2006 U.S. Open at Winged Foot, where, like Hoffmann in 2010, he missed the weekend by just one stroke.

Hoffmann is paired with Scott Langley and Chris Williams and will tee off at 1:18 p.m. Thursday beginning on No. 11.

Svoboda, Chris Doak and Doug LaBelle II are grouped together and will tee off at 8:35 a.m. on No. 1 on Thursday.