Elmsford, N.Y. (June 14, 2013) - The Saint Andrew’s Golf Club celebrated its 125th Anniversary this past week with a series of exciting 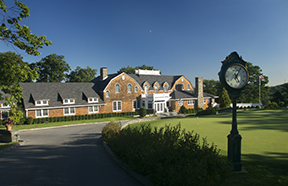 events to mark its founding as the first golf club in the United States. From its beginnings with John Reid and his intrepid “Apple Tree Gang” playing on a makeshift course in Yonkers, NY, the historic club has always been dedicated to promoting the game and its best traditions for longer than any other. And in keeping with one of these traditions of golf, that of giving back to the larger community, Saint Andrew’s must now be considered among the leaders in the clubhouse.

The club kicked off its anniversary week events on Tuesday, June 4 with an outing at its immaculately maintained course honoring the Folds of Honor Foundation that included an appearance by its passionate leader Major Dan Rooney. The foundation supports the families of members of the military who have been killed or disabled in serving our country. The field featured a number of military veterans, along with golf professionals from the Met PGA, in an inspiring and uplifting day in recognition of those who make our freedom possible.

Wednesday, June 5 featured another outstanding event in celebration of the growth of women in golf. Following a luncheon with speaker Donna Orender who formerly worked for the PGA TOUR for 17 years before becoming the president of the WNBA, the nearly one hundred women in attendance were treated to an outstanding clinic by Katie Brenny, director of The First Tee of Metropolitan New York’s (TFTMNY) Girls Golf and Fore! initiative. The participants then took part in a day of introduction and instruction in the game on the golf course with a creative format that will be emulated elsewhere to encourage great female participation.

Although the weather on Friday of the week did not exactly cooperate, players braved the rain in the club’s Celebrity-Amateur Golf Tournament that was very well attended and raised additional funds in support of TFTMNY, who along with the Folds of Honor Foundation, was the primary charitable beneficiary of the week’s events.

The wonderful week was capped off on Saturday night, June 8, with a gala celebration at the famed Waldorf As 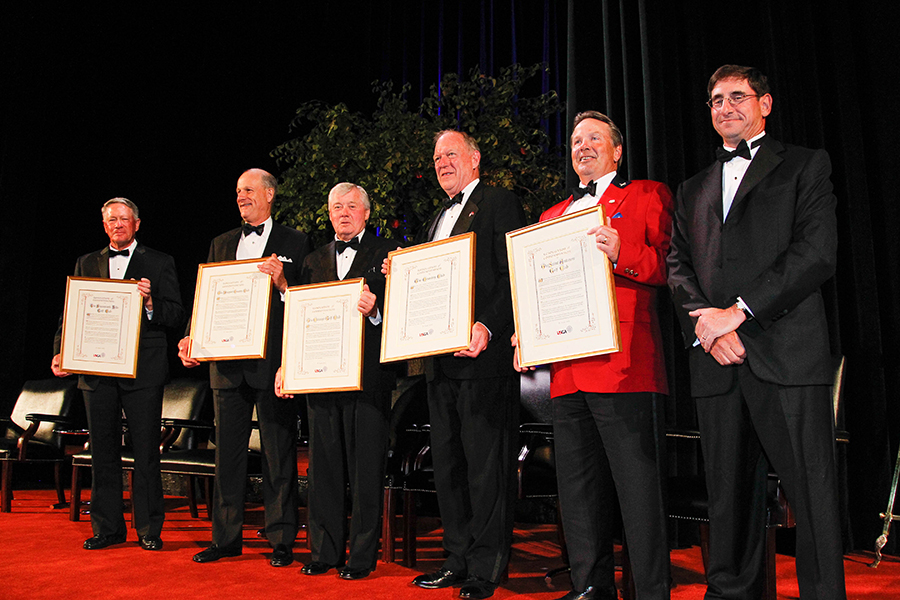 toria in New York City with some four hundred guests.  Golf luminaries in attendance included leaders of both local and national golf associations, including MGA Executive Director Jay Mottola, PGA of America President Ted Bishop, USGA President Glen Nager and USGA Executive Director Mike Davis.  Part of the evening also included a lively panel discussion with Bishop, event emcee Jimmy Roberts, legendary golfer Billy Casper, LPGA star Dottie Pepper, Golf Digest’s Stina Sternberg and Mike Breed, Met Area golf professional and Golf Channel host.  The presentation focused on the growth of the game and how it can be made more welcoming and inclusive to all segments of the population.  Special guest speaker John O’Hurley of Seinfeld fame as the classic “J. Peterman,” offered a highly entertaining address to the crowd that was both hilarious and heartfelt, talking about his experiences in the game and how it promotes personal growth along with adherence to a code of conduct that we all share as golfers.

It is therefore appropriate that the program concluded with The Saint Andrew’s Golf Club president George Miller, the dedicated organizer who led the celebration and its events, who introduced TFTMNY Executive Director Barry McLaughlin to speak about this youth development initiative that the gala supported.  Started just over a decade ago in the Bronx, a short distance from where The Saint Andrew’s Golf Club got its start a century and a quarter ago, the program has now grown to serve more than 5,000 youth annually throughout the entire region. The $125,000 raised through this event will benefit the local Chapter of The First Tee as part of its “Campaign for the Next 10” which has a goal of raising $5 million by the end of 2014 for the continued success of this outstanding program that teaches positive values and educational goal-setting using the game as a vehicle.  By looking back at golf’s past, celebrating its present and looking forward to the future, The Saint Andrew’s Golf Club and its members have set themselves, and the entire Met area golf community, up for at least the next 125 years to come.