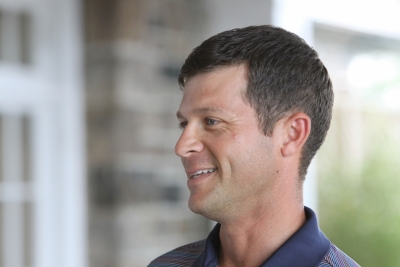 be packing his bags for the 113th U.S. Open at Merion Golf Club in Ardmore, Pa., next week.

The 33-year-old Orlando, Fla., resident, who plays full-time on the PGA Tour Canada, fired a two-round total of 137 to finish as the co-medalist, along Geoffrey Sisk of Marshfield, Mass., and 18-year-old amateur Gavin Hall of Pittsford, N.Y., at Old Oaks Country Club and Century Country Club in Purchase, N.Y.

“It’s still a little bit of a shock to the system to be honest with you,” Smith said, who has a Canadian event this weekend before Open week begins next Monday. “It was really nice, especially with all the great players in this field. It feels amazing.”

But it was two amateurs who provided the day’s dramatics. Hall, who will join the University of Texas men’s golf team in the fall, birdied his final four holes to orchestrate a sensational 4-under 67 to clinch a spot at Merion. 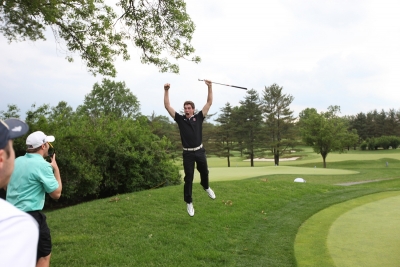 ust before Hall holed his last birdie, Temple University freshman and Atlantic 10 Rookie of the Year Brandon Matthews of DuPont, Pa., made a near-impossible chip-in from the behind the 18th green to save par and finish at 139. However, it proved to be a stroke short and he’ll have to settle for first alternate.

“It was a great feeling, especially walking up 18 with my caddie,” Hall said. “I was just proud of myself and thrilled to make some putts at the end. To finish that way was pretty incredible.”

Sisk, who's been a U.S. Open qualifying machine, advanced to his sixh Open, fourth by way of local and sectional qualifying. Sisk was a member of the Web.com Tour in 2011 where he led all competitors in driving accuracy.

Jim Herman of Palm City, Fla., a former assistant pro at Trump National-Bedminster in New Jersey, returned to familiar territory when he once again qualified at an MGA-conducted U.S. Open sectional site. Herman has now advanced three of the past four years (’10 and ’12 at Canoe Brook CC).

“The golf courses are so good up here,” he said of his good fortune in the Met Area. “I really took a liking to the classic feel. Whenever sectionals come around I always pick the New York/New Jersey area.”

With the help of 40 volunteers, the MGA was able to provide live scoring throughout the day, as well as hole-by-hole updates in the afternoon round.

Sectional qualifying was also conducted at 10 other sites throughout the country as part of the "Longest Day in Golf." Former MGA champions and PGA Tour pros Morgan Hoffmann of Jupiter, Fla., and Andrew Svoboda of Larchmont, N.Y., both made it through the Memphis, Tenn., location and will compete in Philly next week.

This was the first year of a three-year stretch that the U.S. Open Sectional Qualifier will be held at Old Oaks and Century. The two beautifully manicured Westchester County courses provided thrilling sites for this year’s event.