ELMSFORD, N.Y. (May 17, 2013) – The Chairman of the Metropolitan Golf Association Foundation, Jeff Holzschuh, 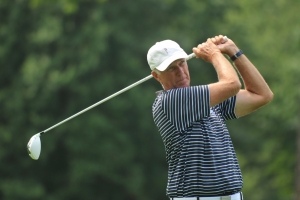 recently announced that Allan Small would join the staff of the Foundation as the Lowell M. Schulman Director of Development. This newly created position is named in honor of Schulman, a longtime Foundation board member who helped launch the Foundation in 1992 and who has been one of its most loyal and generous supporters.

Small will lead the Foundation’s efforts to raise funds to support its youth and educational initiatives, including GOLFWORKS, The First Tee, Caddie Academies, Educational Seminars and other programming aimed at growing the game.

“I’m truly excited about being part of the MGA Foundation and helping to improve the lives of deserving young people through golf,” says Small, who served as the Association’s president from 2009-2010.

“For a number of years, Lowell has encouraged the Foundation to develop a position for someone who could focus their efforts on garnering support for the Foundation and help position it for the future,” Holzschuh said. “While there is no one more passionate about the value of our programs than Lowell Schulman, Al is a close second, and during our search we all came to the conclusion that Al was the right person for the job.”

One of the MGA’s most dynamic and effective leaders, Small is also a well-decorated Met Area competitor and holds many area titles, including the 2009 MGA Senior Amateur. He is a longtime member of Fairmount Country Club in Chatham, N.J. and served on the MGA Executive Committee and Foundation Board of Directors since 2003. He resides in Florham Park, N.J. with his wife Patti. They have three children and two grandchildren.

"Al’s passion for the game and the impact it can have on the lives of young people make him the perfect candidate for this new position,” added MGA Executive Director Jay Mottola.