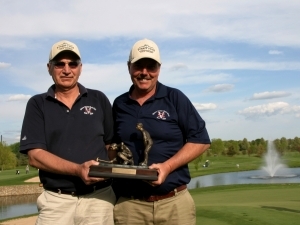 With cool and sunny conditions, the day was prime for scoring as most players in the field were able to take advantage of the 6,184 yard par-71 layout. Martin and Wolczok edged John Merchant and Keith Wilster of Sprain Valley Golf Club, who shot an 11-under 60 to finish alone in second.

Vincent Gramuglia of Leewood and Scott Matthews of Hudson Hills teamed up to capture the low gross with a 2-under 69.

The MGA Senior Net Four-Ball Tournament is open to male amateur golfers who have reached 50 years of age by March 14, 2013 and maintain a USGA Handicap Index not exceeding 18.0.