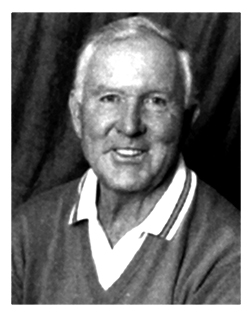 Nieporte was one of the Met Area’s great players, winning the NCAA Individual Championship while at Ohio State and capturing the 1966 Met Open, along with numerous other titles.  He was also the last true club professional to win a PGA TOUR event when he captured the 1967 Bob Hope Desert Invitational.

Nieporte left playing the Tour in 1962 and served as the head professional at Piping Rock on Long Island until taking over for the legendary Claude Harmon at Winged Foot in 1978.  Tom served at Winged Foot until he retired in 2006.  The father of ten, Tom and the Nieportes were honored by the Metropolitan Golf Writers as the Family of the Year in 1997 and several of the children went on to successful careers as golf professionals.  Nieporte will be remembered as a true gentleman.

Winged Foot member and long-time MGA Tournament Director Gene Westmoreland said, “Around Winged Foot it is too often overlooked that Tom had been a great player – he is simply remembered as one of the best people we had ever met. He was the perfect ‘face’ of Winged Foot to the local community, the media and the world of golf, and consistently represented the club with class and dignity. Tom Nieporte was a role model for every man, husband and father.”