ELMSFORD, N.Y. (October 31, 2014) - The Metropolitan Golf Association is pleased to announce that David Pastore of Griff Harris Men’s Club is the recipient of the 2014 MGA Jerry Courville Sr. Player of the Year Award. Pastore’s career year was highlighted by two down-the-stretch victories at the MGA Ike and Met Amateur championships, but steady play in the Met Area also played a big role in Pastore’s runaway Player of the Year season. Heading into the Ike he was battling for position in the Player of the Year standings with players like Joe Saladino, Dylan Newman, Matthew Lowe, and Xander McDonald-Smith. Winning the 54-hole event at Montclair sprung him to the top of the standings and he never looked back. The 22-year-old from Greenwich, Conn., will receive the award at the MGA’s 117th Annual Meeting and Dinner on Wednesday, December 3 at Westchester Country Club. 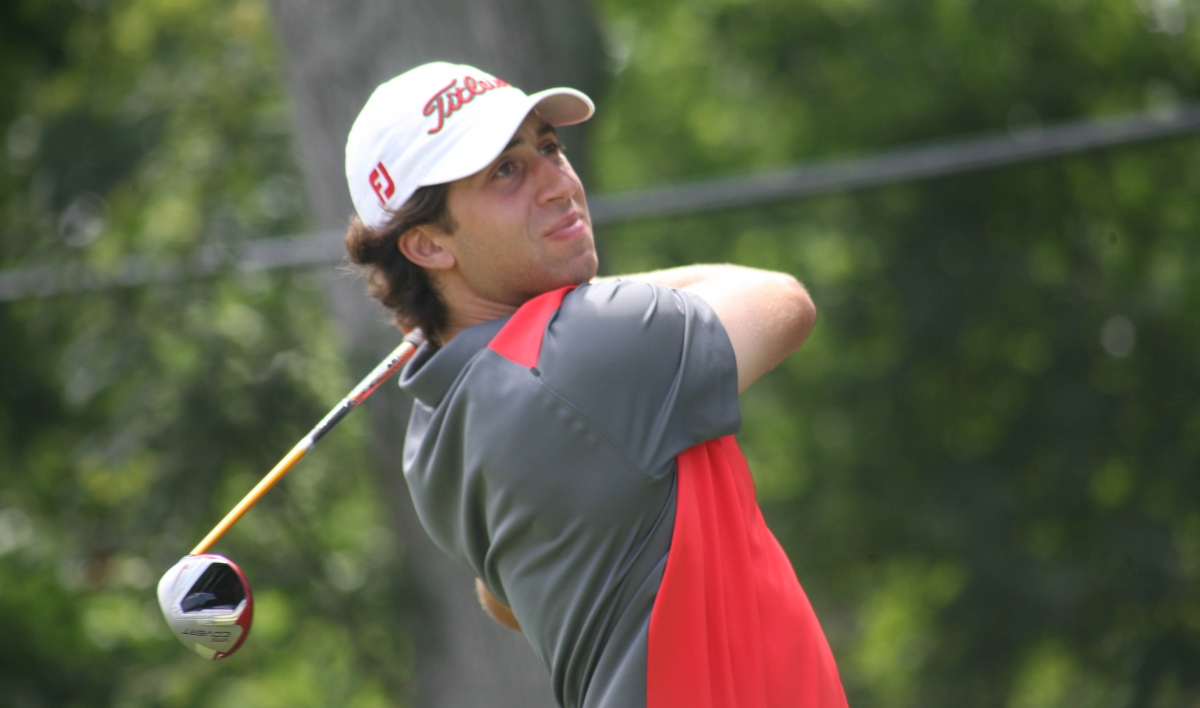 The MGA Jerry Courville Sr. Player of the Year Award is presented annually to the Met Area amateur who compiles the best record in select events during the course of the year, and is based on a system in which players earn points for their finishes in designated local, national and international championships.

The 2014 University of Virginia graduate hadn’t won an MGA event since his junior days of dominance, when he captured the 2006 and 2009 Met Juniors, as well as the 2010 Carter Cup over players like Mike Miller and Cameron Wilson. That’s why this year was so rewarding for Pastore, because his confidence had never wavered.

“I never stopped believing I could compete with those guys,” he said. “I’d done it before in the past and I was just as good as them at one point, it took a lot of self-belief.”

He opened the season with a medalist performance in a U.S. Open Local Qualifying Round at Paramount Country Club in May. His 1-under 69 to get into the Sectional Qualifying field was a sign of things to come. While he didn’t make it to Pinehurst he came into the Ike Championship with a hot hand and ran past the field on the 36-hole day at Montclair to win by four strokes. A week later he tied for fourth at the Mittlemark Invitational, and then went on to claim another victory under pressure in the Westchester Open over the 2013 MGA Player of the Year Max Buckley.

“I won the Ike, but a lot of people might think you can get lucky with one win,” Pastore said. “I wanted to prove I could do it again.” 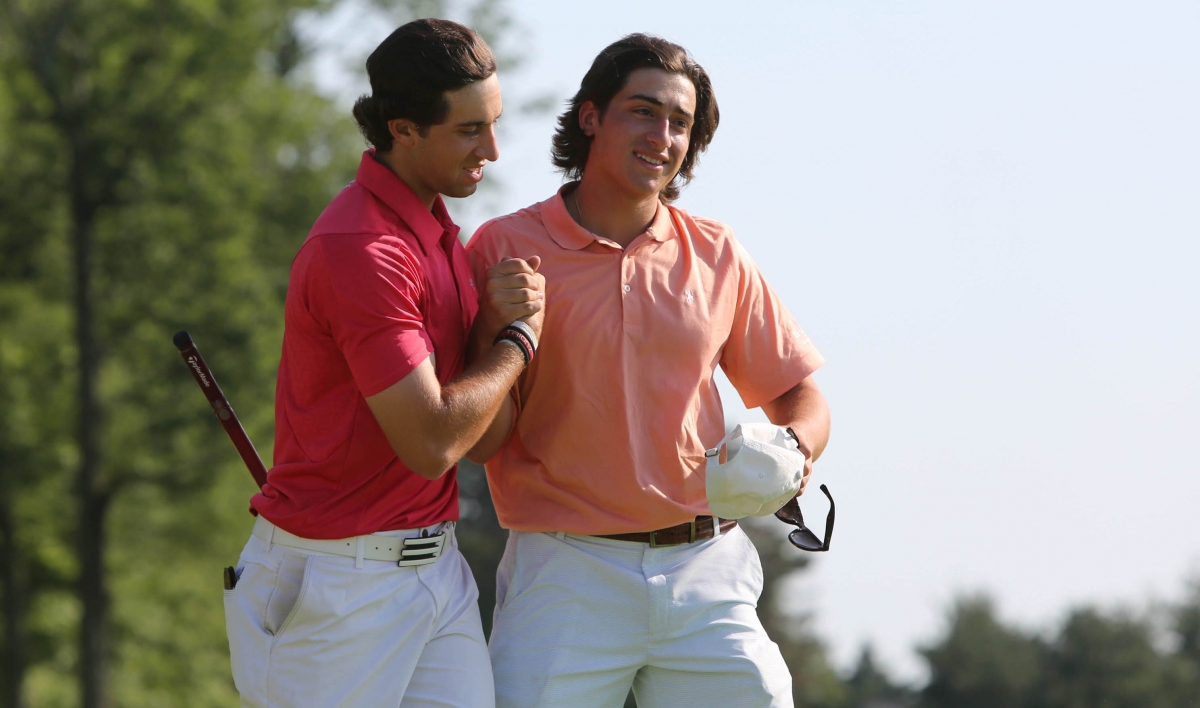 Before mid-summer even hit Pastore had two wins and he would add a second top-five finish in the Connecticut Open, right before the 112th Met Amateur at The Creek. Two rounds of stroke play qualifying later and Pastore found himself in the middle of the match play bracket, right where he needed to be. He went through a murderer’s row of competition, defeating Dylan Newman of Hollow Brook and Ike runner-up Sam Bernstein of Century. That set up a final match with Matt Lowe of Farmingdale, N.Y., who was one of the only players that could have caught Pastore in the Player of the Year race at that point. Lowe’s performances at the Carter Cup (T-2nd), Met Junior (Semifinals), Mittelmark (T-2nd), NYC Amateur (2nd), NYSGA Amateur (T-3rd), and Ike Championship (T-3rd) put him in position to make a run at Pastore.

For 34 holes they went toe-to-toe, but then the miraculous walk-off hole-in-one on the 35th hole of the final clinched the match for Pastore and reserved him a spot in everyone’s “did you see this” story that week, even the Golf Channel’s. It also secured him a very firm place atop the Player of the Year standings that he would not relinquish.

“The Player of the Year Race was something I thought about from before the first shot of the year to the last putt and everywhere in between,” he said. “It was a constant pressure that was always there no matter how good or bad things were going.”

The year wouldn’t have been complete without a few more solid performances sprinkled in, including an outstanding individual week at the USGA Men’s State Team Championship in French Lick, Indiana. Pastore led Team Connecticut in the 54-hole competition that featured 52 three-man teams to a tied for eighth finish. In an individual field of 154 Pastore placed in second, missing out on a medalist performance by just one stroke.

“It’s not just one tournament or one good week, it’s a season’s worth of good play,” Pastore said. “It shows me that I have the kind of golf that I haven’t really showed the past couple of years. I’m really proud of the way I played throughout the whole season.”

It seemed like the race for the top spot was never in doubt for Pastore, who last year recorded just 50 points in the Player of the Year standings. He beat that mark with ease this year, recording 1,265 points. The now five-time MGA Champion made it look easy this season, but it certainly wasn’t. He finished on top of an honor roll of stiff competition like Newman, Lowe, Greyserman and Bernstein, who is making his fourth consecutive honor roll appearance. Joining them on the list are 2013 Met Junior Champion Cameron Young of Sleepy Hollow, who had an outstanding season, 2013 NJSGA Mid-Amateur Champion Trevor Randolph of Arcola, 2010 MGA/MetLife Public Links Champion Brian Komline of Black Oak, two-time MGA Player of the Year Joe Saladino of Huntington, and Steve Zychowski of Mendham.