ELMSFORD, N.Y. (April 23, 2015) - On Wednesday, April 22, Friar's Head in Riverhead, N.Y., hosted the MGA's annual Media Day in advance of the 2015 MGA Championship season, which is filled with stellar host courses all across the Met Area. One of those is Friar's Head, which will host the 60th Ike MGA Stroke Play Championship June 29-30.

Opening the day was current MGA President Stephen F. Boyd, who commented on the beauty of Friar's Head, and all of the outstanding 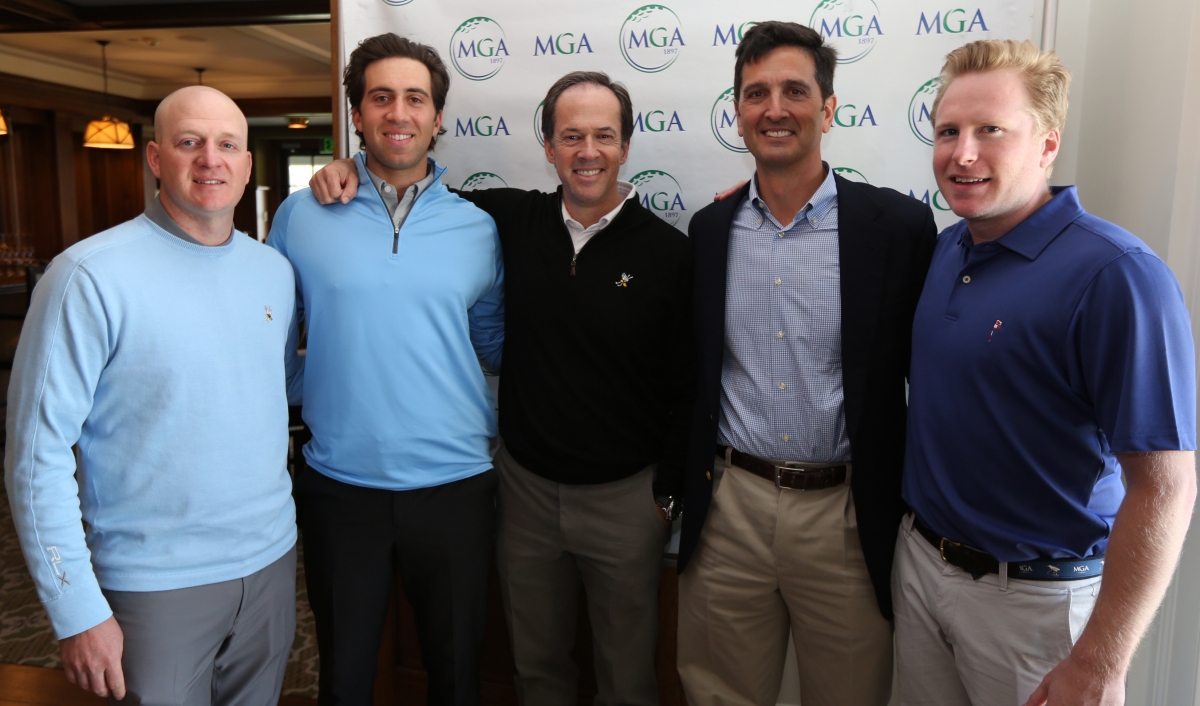 courses featured on the 2015 MGA Championship schedule. Boyd also spoke about the MGA's sponsors, including 30-year partner MetLife, who took on an expanded role last year in supporting the youth initiatives of the MGA's Foundation. He also announced the start of the Lexus Perfect Drive to the U.S. Open and mentioned the continuation of the MGA's partnership with Poland Spring. Boyd concluded by speaking of last year's welcoming of vineyard vines as the first official apparel for the MGA. He then turned it over to MGA Managing Director, Rules & Competitions, Brian Mahoney, who spoke about the upcoming season, the celebration of the 100th Met Open at Winged Foot and all of the championship sites for 2015.

The panel fielded a series of questions each from Hicks, as well as the rest of the media in attendance on a variety of topics including Pastore's life on the Web.com Tour, Sturgeon's search for a back-to-back Met Open Title at his home course Winged Foot, and McDonagh's current status as a reinstated amateur.

Bakst spoke of his great memories from the playing in the Masters in 1998, and ended with a great quote, thanking everyone that has made Friar's Head possible. "A lot of kind things have been said about me today, I thank you very much," Bakst said. "It's an honor and a privilege to be able to have you all here, to be able to give back to the game, to host MGA tournaments here, but you can't do all this without great people." He went on to thank his staff, Bill Coore and Ben Crenshaw for designing the course, and everyone in attendance at Media Day.

This year's media day provided attendees an opportunity to preview the Ike Championship site, which by all accounts will provide a perfect championship experience for this year’s Ike field.

In case you missed it, read The Met Golfer feature, "Pursuit of Excellence," about Friar's Head.