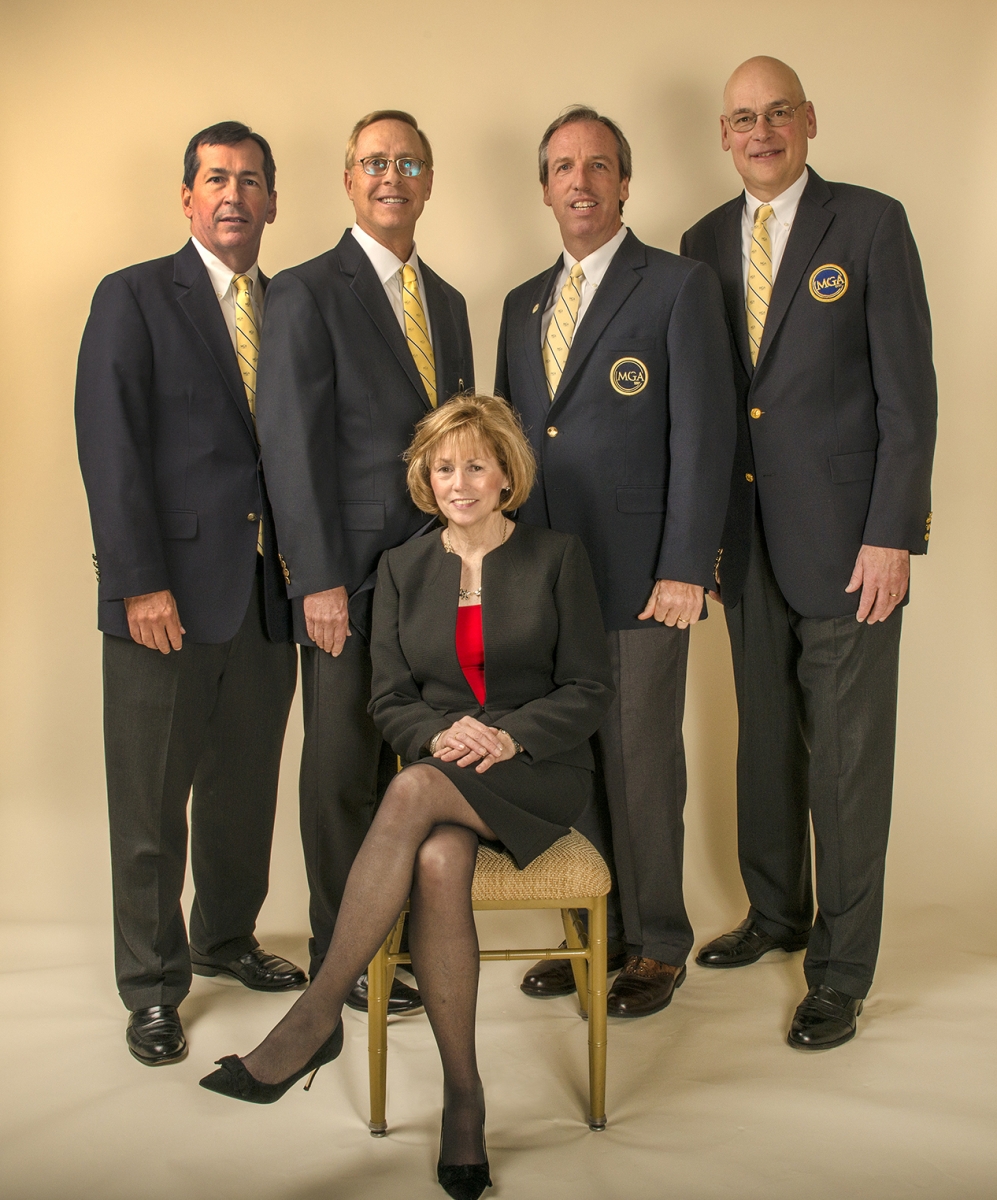 ELMSFORD, N.Y. (December 3, 2015) – The Metropolitan Golf Association held its 118th Annual Meeting and Dinner on Wednesday evening at Westchester Country Club in Harrison, N.Y., in which Cameron Young of Sleepy Hollow received the 2015 MGA Jerry Courville Sr. Player of the Year Award and the MGA’s highest honor, the Distinguished Service Award, was presented to Jeanne McCooey. Over 230 club representatives, committee members, champions, volunteers, members of the press and representatives from local and national golf organizations attended the event.

The evening’s closing presentation was led off with remarks by several special attendees from McCooey’s 38 years of service at the MGA, including former USGA Executive Director David B. Fay—who first hired McCooey at the MGA—and superintendent Trapper Van Dunk—who was an intern during the very first year of GOLFWORKS in 1994.

“She said she didn’t deserve it, she said her name didn’t deserve to be on the list of impressive past winners of this award,” said MGA Executive Director Jay Mottola as he introduced McCooey. “Jeanne, sorry, but we beg to differ.”

“I can’t tell you what a surreal experience it is to be on this side of the podium,” said the MGA’s Senior Managing Director, Communications & Foundations Operations, who will retire at year’s end. “Equally surreal however is that I would be here to be awarded this honor and to be included on a list that includes so many people whom I have revered and admired for so many years.”

McCooey delivered heartfelt thanks to those proving to be the most instrumental throughout her career—her husband Tom, her long-time friends from Brooklyn, David Fay, Gene Westmoreland and Mottola—while also sharing her thanks and appreciation to everyone that she has worked with through the years.

McCooey has certainly made her mark on the MGA and on golf in the Met Area. As Mottola referenced, her work with the highly regarded publication The Met Golfer and her work with the MGA's Foundation and development of GOLFWORKS stand among two of her most outstanding achievements.

MGA past president Jeff Holzschuh, who captained several international teams on which Young competed, introduced the Player of the Year prior to dinner. Young’s consistent season—highlighted by a win at the Ike Championship and ties for fifth and low amateur honors at the Westchester, New York State and Met Opens—led him to achieving what’s been a goal of his for several years. 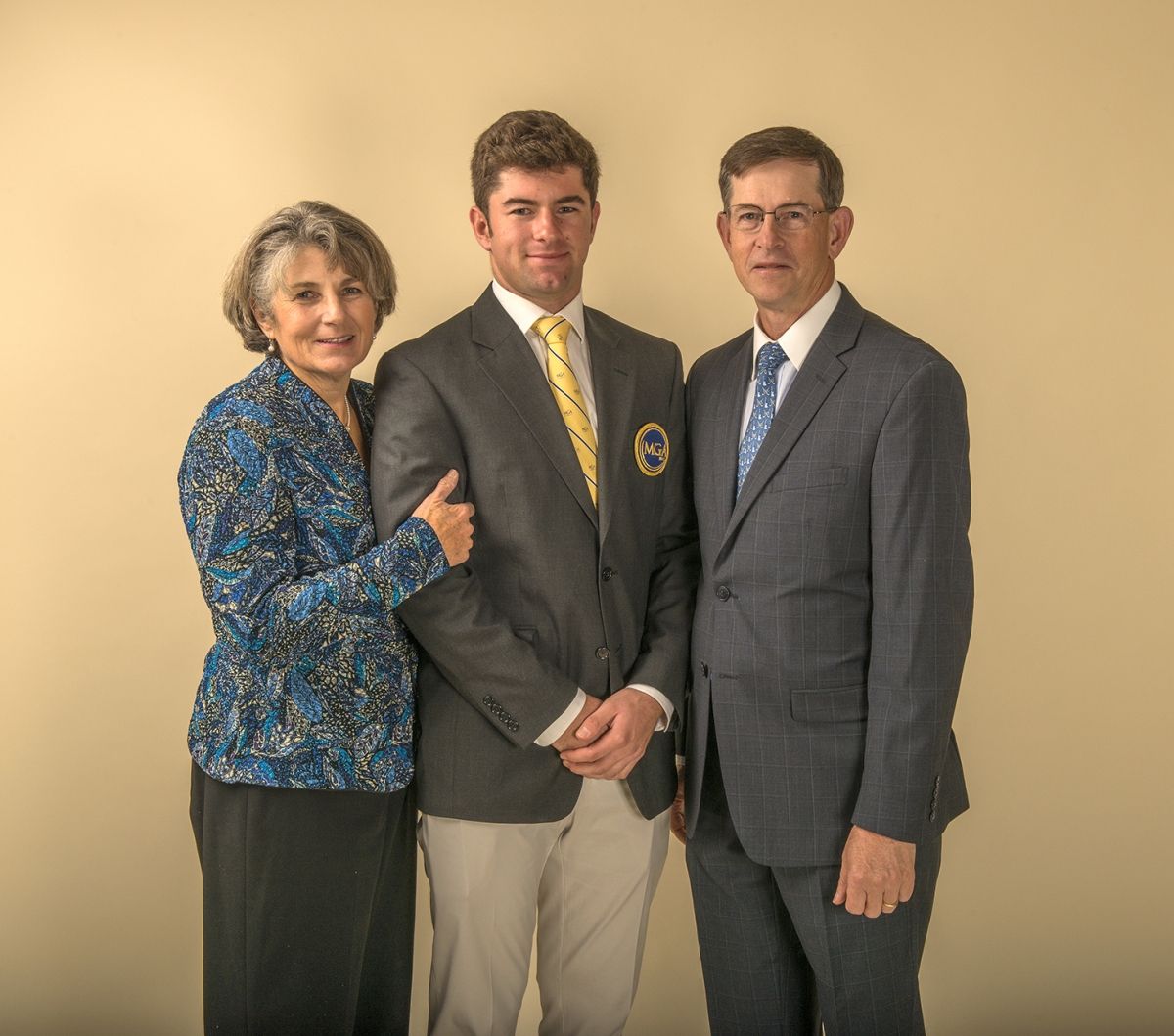 “I played in my first Met Open at my home course of Sleepy Hollow a few years ago, and since then and my experience that year in the Carey Cup, it’s been a goal of mine to win this award,” he reflected. Continuing, Young said, “I’ve accomplished something I dreamed about, and to actually reach this point is something that will be a huge stepping stone for me in the coming years, especially moving to college golf and beyond that.”

The most revered thanks from Young went to his family, especially his mom and dad, Barbara and David. “My dad has taught me everything I know about the game of golf and has been there for me when I needed a lesson at 10:30 at night or in the middle of winter—whenever,” he expressed. “My mom will get up at two in the morning and drive me somewhere or drive through the night, or caddie for me when its 100 degrees for 36 holes in the middle of summer. Whatever I need, she’s always there.”

Meeting attendees also heard from Ty Votaw, Executive Vice President of the PGA TOUR. Votaw played a large role as part of the International Golf Federation and its successful campaign to return golf to the Olympic Games for 2016. He shared insight on the lengthy process, including the consideration of format, how player eligibility is determined in order to allow a large number of countries to be represented and the demanding task of building a worthy course for the event to take place upon.