Burke's Final Round Charge Earns Him Victory at Plainfield

Burke's Final Round Charge Earns Him Victory at Plainfield

ELMSFORD, N.Y. (March 18, 2015) - Both the Metropolitan Golf Association and Winged Foot Golf Club have storied histories that will meet 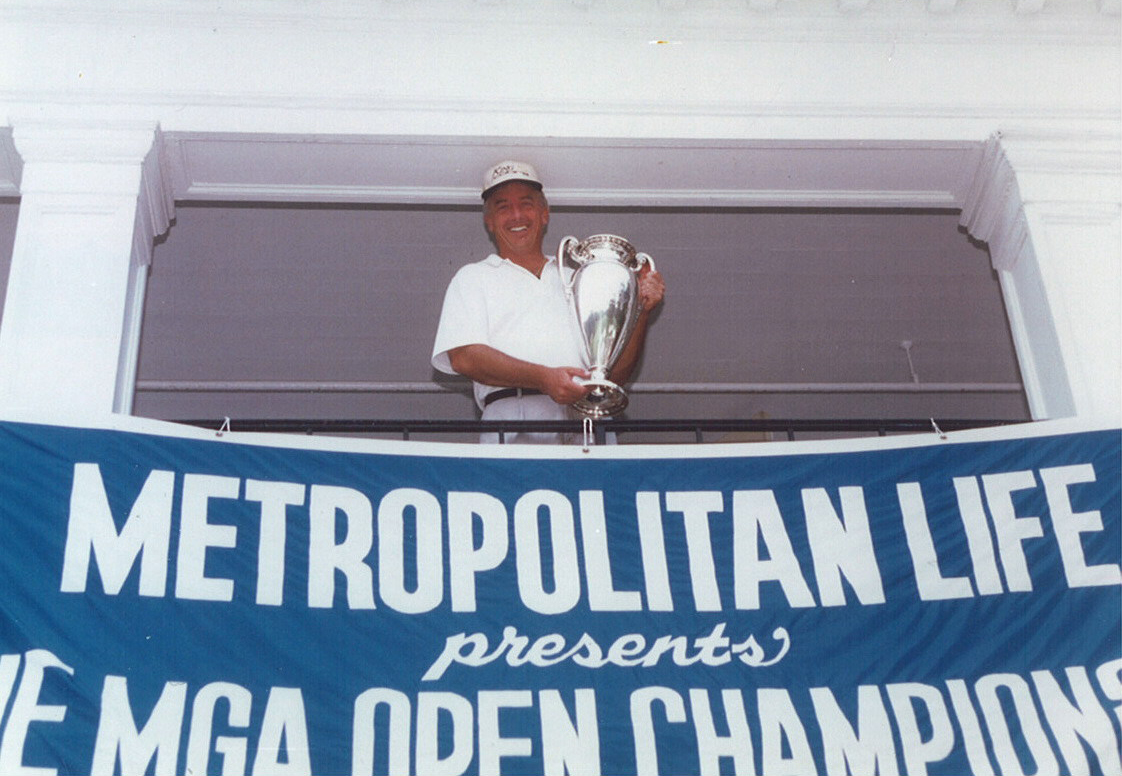 again this summer for an MGA record seventh time when the 100th playing of the Met Open will take place on the club's East Course. We continue to celebrate the milestone with our series of Met Open Moments, this week's coming from 1997 at Plainfield Country Club, where current Montammy Golf Club head pro Mike Burke Jr. claimed victory after starting the round tied for 13th place, six strokes back. In the photo, Burke is all smiles after the win with MGA Executive Director Jay Mottola and Senior Director of Rules and Competitions Gene Westmoreland.

It was an incredible final round charge by Burke, who fired a 67 on the difficult Edison, N.J. track. The round of 5-under featured six birdies, earning Burke a three stroke victory over Rick Hartmann, who would go on to win the following year at The Creek. That made Hartmann the 8th player to accomplish the feat of going from second to first in consecutive years. The seventh player to do it you ask ? It was Mike Burke at Plainfield, after tying for second in 1996 at Stanwich. The victory also put Burke in an elite club of players to win both the Met Open and Met Amateur in their careers, a group that includes Bill Britton, Jerry Courville Sr., Jim McGovern, Andrew Svoboda, Johnson Wagner and George Zahringer III. Burke's six stroke comeback on the final 18 holes is the third largest in Met Open history, but oddly enough not the largest to come in a Met Open at Plainfield. Danny Balin came back from seven strokes when the Met Open was contested there for the fifth time in 2012.

Burke finished at 2-under, with a 54-hole total of 214, making him the only player to finish under par that week. He took home the check of $20,000 to Mountain Ridge, where at the time he was the pro at the West Caldwell, N.J. club. A New York Times article after the Met Open by Clifton Brown quotes Burke as calling it, "the biggest thing I've ever won by far." His follow up quote praised the championship, and speaks to just how special this year's 100th will be. "There's a lot of tradition with this tournament, and this win means a lot," Burke said in Brown's article.