Matching their 8-under 62 was the second place team of Louis Vietri and David Gale of Darlington. The tiebreaker for the Senior Net Four-Ball goes to the team with a higher combined age, and Gale and Vietri came up just two years short to Delbuono and Borghi.

Rain delayed the afternoon wave for a half hour, but that did not stop MGA President Steve Boyd of Baltusrol and teammate Al Small of 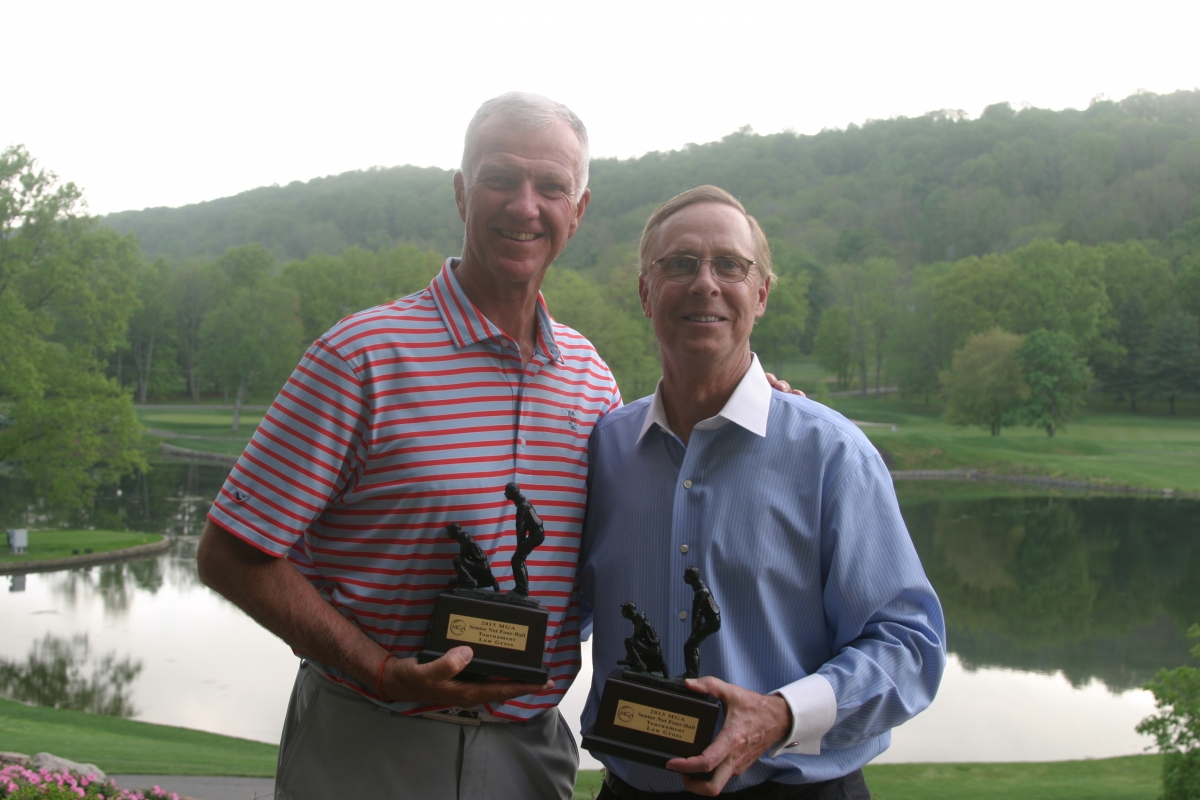 Fairmount from carding the low gross score of the day with a 1-under 69.

Finishing in third was the 2011 champions and 2014 runner-up team of Peter Rubeo and Anthony Sarlo of Sprain Lake Golf Club. They carded a net 7-under 63 for their second straight top three finish in this event.

The MGA Senior Net Four-Ball Tournament is open to male amateur golfers, age 50 and over, who maintain a USGA Handicap Index not exceeding 18.0.