ELMSFORD, N.Y. (May 28, 2015) - Sectional qualifying for the 60th Ike Championship, the MGA's premier stroke play event, officially begins on June 28 at Leewood Country Club. The MGA will conduct five 18-hole qualifying rounds throughout the Met Area to determine the final field for the 54-hole championship at Friar's Head in Riverhead, N.Y.., on June 29 & 30.

The MGA will be be posting results, recaps, and photos throughout the qualifying window. 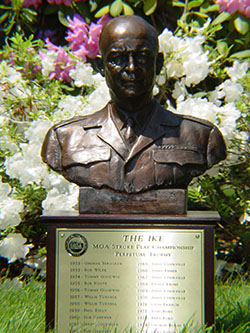