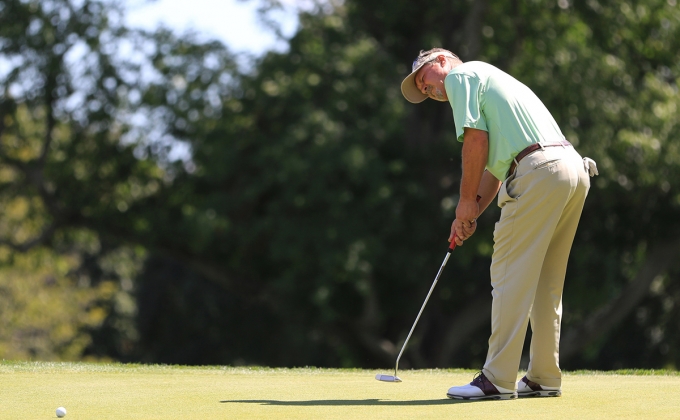 FAIRFIELD, Conn. (August 30, 2016) – It took six playoff holes, but Jim McGovern of White Beeches added another MGA title to his resume on Tuesday afternoon at Brooklawn Country Club. The former Met Open and Met Amateur champion chased down overnight leader Bill Van Orman of Meadow Brook behind a 3-under 68, then claimed victory at the 20th MGA Senior Open with a par on the sixth playoff hole—the par-4 18th.

McGovern, who played three groups in front of Van Orman, faced a five shot deficit to begin the day, but birdies on Nos. 8-10 coupled with a pair of early bogeys from Van Orman tied the pair at 4-under down the stretch. McGovern fell off track with a bogey on the uphill par-4 13th, but bounced back with a birdie on the par-3 15th. Van Orman reclaimed the lead with a birdie on the short par-4 16th, but bogeyed the following hole to lock the two at 4-under once again. After his approach came up short on the last, Van Orman made an outstanding lag putt from off the green, leaving a simple tap-in par to force the playoff.

Both competitors played steadily throughout the sudden-death playoff, which proceeded to No. 14 after both carded routine pars on No. 18 the first time around. McGovern slid a birdie try just past the hole on the 14th, while Van Orman narrowly missed a bid from 15 feet on No. 15. Up-and-down pars on the 16th kept the playoff rolling, while two-putt pars returned the pair to No. 18. McGovern found the right fairway bunker off the tee, but dialed in his approach to inside 10 feet. Meanwhile, Van Orman’s approach sailed left and his pitch ran out to 20 feet. After his missed par, McGovern easily two-putted to secure the win.

“I wasn’t really concerned about anyone but myself,” remarked McGovern on his mindset throughout the final round. “I think Brian [Mahoney] said it, that it’s like going full circle and I feel like I have,” he continued, referencing his playing in MGA events for more than 30 years.

While McGovern played his last 27 holes of the event in 9-under, his opening nine made for an interesting start to his run to the championship title. “It was a strange couple days. I was really bad for about nine holes the first day, and then everything started to click,” said McGovern, who was 5-over in his first nine holes during Monday’s opening round. However, he quickly turned the corner, reeling off six birdies en route to an inward-nine 29 and an opening round of 1-under 70.. “I came in today and played beautiful most of the day. I hit a couple of squirrely shots early, but got away with them then pieced it all together.”

McGovern, winner of the 1993 Shell Houston Classic on the PGA TOUR, thanked Brooklawn Head Professional Jim Fatsi for providing insight on the classic layout which helped him secure the victory. “It was one of those things where I felt very comfortable,” explained McGovern. “I like Tillinghast designs. I like hard golf courses. It was good—it was a lot of fun.”

Van Orman, who fired a championship low 6-under 65 in Monday’s opening round, took second place, while Ed Whitman of Knickerbocker and Brent Studer of Metedeconk National tied for third at 2-under 140. Dennis Lynch of Nassau Players made his debut in the championship, claiming low amateur honors and rounding out those finishing under-par with a 1-under 141.

Charles Bolling of Glen Cove, Carl Alexander of Golf Club of Purchase and 2016 MGA Senior Am champion George Zahringer III of Deepdale tied for sixth at even-par 142, while Frank Esposito of Forsgate and 2015 MGA Senior Open champion Mark Mielke rounded out the top-10, tying for ninth at 1-over 143.

The historic Brooklawn Country Club, which has welcomed four USGA championships over the years, served as an outstanding host and venue for the 20th MGA Senior Open Championship. The classic A.W. Tillinghast layout provided a quality test from tee to green, as its tree-lined fairways give way to challenging green contours which require sharp play in every facet of the game. 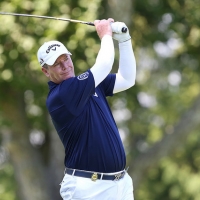 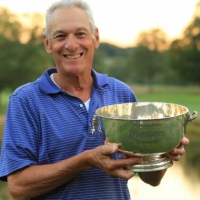 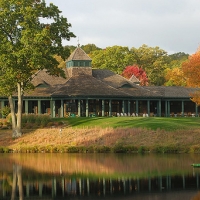