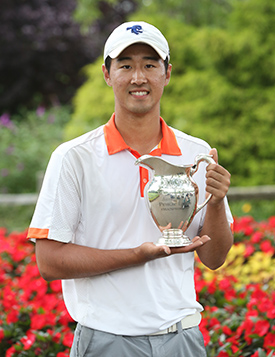 Competition is open to male amateur golfers who reside in the MGA territory and do not have playing privileges at a course at which the general public is excluded. Competitors must have a Handicap Index of 8.0 or below. Five qualifying rounds throughout the Met Area will complete the field for the 36-hole championship.