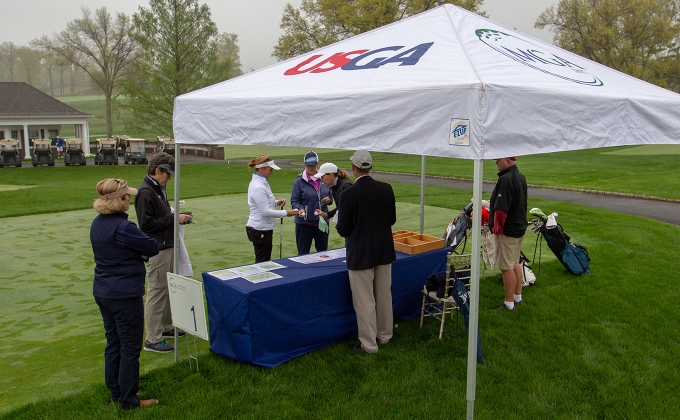 ELMSFORD, N.Y. (January 19, 2023) – On an annual basis, the USGA’s Allied Golf Associations conduct more than 600 qualifiers for its national championships. In 2023, the Metropolitan Golf Association will conduct 21 such qualifiers, with these dates standing among the most exciting days on the calendar as players earn the opportunity to compete on the national stage.

The MGA will host five local qualifying rounds between May 1-15, with players having the chance to advance from Colonial Springs Country Club, Cold Spring Country Club, Hamilton Farm Golf Club, Paramount Country Club, and White Beeches Golf & Country Club. Players then compete over 36 holes in final qualifying, with the MGA this year returning to Canoe Brook Country Club in Summit, N.J., on June 5 to see who punches their ticket to Los Angeles for the June 15-18 championship.

A pair of U.S. Junior Championship qualifiers take place around the same stretch, May 30 at Essex Fells Country Club and June 6 at Pelham Country Club. Those earning qualifying positions advance to the Ralston Creek Course at Daniel Island Club in Charleston, S.C., July 24-29.

The 2023 U.S. Mid-Amateur Championship stands as a highly anticipated event on the calendar, with many players no doubt looking to forward to an opportunity to qualify for a national championship right in their own backyard.

“Our robust lineup of USGA qualifiers in 2023 is highlighted by three U.S. Mid-Amateur qualifiers, which is one more than a typical year due to the championship being conducted at Sleepy Hollow Country Club,” says MGA Director of Championships Chris Gaffney. “Three top courses in the area will be the gateway to the national championship, with Knickerbocker in New Jersey, Sunningdale in Westchester, and The Seawane Club on Long Island serving as hosts for the sectional qualifiers.”

Players looking to compete in USGA championships should visit the USGA’s website to view complete details including specific eligibility requirements, application dates, deadlines and more for each event.

The MGA will release its championship schedule on Thursday, February 2 with the airing of the 2023 Championship Preview Show Presented by Dewar's. The show will premiere at 7 p.m. on the MGA's YouTube channel, as Jack Milewski and Gaffney reveal the season's schedulen, dive deeper into several events, and welcome guests to discuss the season ahead.