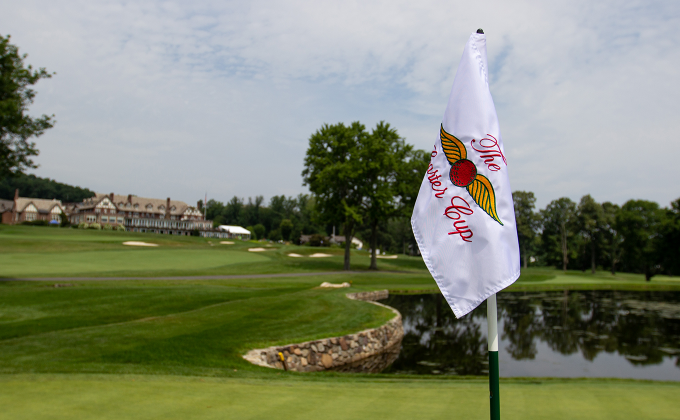 The Carter Cup quickly became a coveted invitation in the junior ranks as players test their game at historic Baltusrol Golf Club. It was first played in 2003 and is named in honor of Michael P. Carter, an accomplished junior player at Baltusrol and standout member of the golf team at New Jersey’s Delbarton School who died in a car accident in 2002. Carter had won the junior club championships at both Baltusrol and Winged Foot, and at the time of his death played for Penn State.

Another Shot
Nathan Drogin of Essex Fells, N.J., claimed victory in 2021 and now has the chance to become just the second player to ever win the title in back-to-back years. He would join Ethan Ng, who won at both Winged Foot (2016) and Baltusrol (2017).

Back Again
While several players who finished in the top-10 aged out of the championship, several are back to try their shot again in 2021. Joining Drogin are Derek Gutierrez of Cranford, N.J., recent Met Junior runner-up Tyler Lee of Franklin Lakes, N.J., and Barnes Blake of Westfield, N.J.

Three in a Row
Blake, Drogin, Lee, Colin Elias of Staten Island, N.Y., and Liam White of Ho-Ho-Kus, N.J., are all making their third consecutive start in the Carter Cup, proving their consistent, high-quality play in junior golf.

Boys’-Carter Cup Double
Cameron Wilson is the only player to have won both the MGA/MetLife Boys’ Championship and the Carter Cup in his career. Having won the Boys’ title in 2021, Lance Hollingshead of Basking Ridge, N.J., could join Wilson with a victory at Baltusrol. Hollingshead and reigning champion Drogin are the lone MGA champions in the field.

Back From the Junior Amateur
Blake, Hollingshead, Jack Chung of Greenwich, Conn., Sam O’Hara of Rye, N.Y., Liam Pasternak of Morristown, N.J., and William Rich of Briarcliff Manor, N.Y., are all fresh off appearances in the U.S. Junior Amateur Championship at Bandon Dunes in Bandon, Ore. Pasternak was the lone player to advance to match play, doing so behind rounds of 72-71 to finish T48.

Double Portion of Baltusrol
With the 67th Ike MGA Stroke Play Championship having taken place at Baltusrol, a number of juniors are on the grounds once again for a championship this season. Blake, Drogin, Hollingshead, White, TJ Betlow of Short Hills, N.J., Rhys Burgess of Oakland, N.J., Matthew McGoldrick of West Islip, N.Y., Eliot Parker of Cranford, N.J., and Johnny Solari of Warwick, N.Y., all competed in the Ike. Drogin was the lone player of the bunch to make the cut on the Lower Course, finishing T31 (+14/73-77-77).

Busy Week
Ethan Lee of Jackson, N.J., and Mark Yan of Newburgh, N.Y., have another 36-hole day set for Thursday as they make the quick transition from the Carter Cup to the 120th Met Amateur at Fenway Golf Club in Scarsdale, N.Y.

Format
• Invitational championship, based on criteria set by the MGA and MGA Foundation
• One day, 36-holes of stroke play upon Baltusrol's Upper and Lower courses