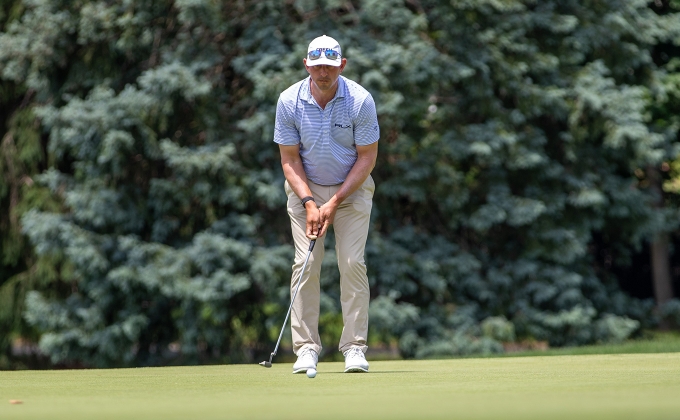 Danny Balin lines up a putt in the 2021 Long Island Open Championship.

To be considered, the professional has to be classified A-1, A-4 or A-13, as GPP aims to recognize pros who perform all of the tasks working at a golf course entails and continue to play at a high level. Selections are then made by looking at finishes in key national tournaments from 2021, plus performance in section events and consideration of player of the year awards at the section level. In all, 77 players are represented.

Labritz also grabbed hardware at GlenArbor, defending home turf in the Westchester Open. He kept the impressive play going through the fall and in December grabbed medalist honors in qualifying for the PGA TOUR Champions.