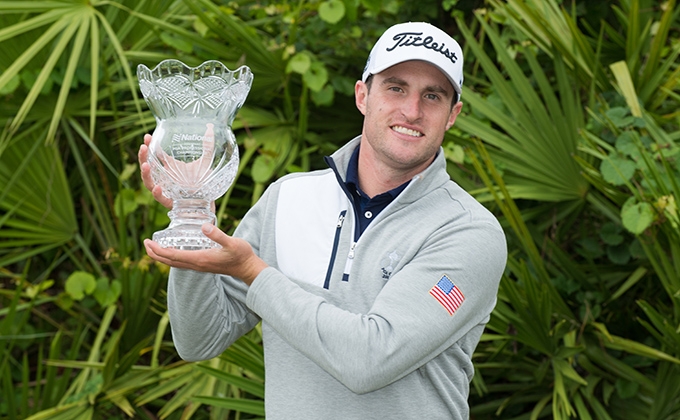 PORT ST. LUCIE, Fla. (November 17, 2019) -- Westchester Country Club assistant professional Alex Beach continued his standout 2019 over the weekend, using a final round 67 on PGA Golf Club's Wanamaker Course to come from behind and win the Assistant PGA Professional Championship. With the victory, Beach became the first ever player to win multiple PGA national titles in the same year, having won the PGA Professional Championship back in April.

Beach shared the 36-hole lead but trailed Colin Ingis by three strokes entering Sunday's final round. Three birdies to start the round and a bogey from Ingis quickly shot Beach into the lead.

He added a birdie-two on the sixth hole to make the turn in 4-under. Meanwhile, those who began the round above Beach on the leaderboard had faltered early on, leaving Beach with a four-shot lead with nine holes to go.

Beach's lone miscue came on the par-4 10th, but the 30-year-old took advantage of the par-5s coming in and made birdie on both Nos. 13 and 16. Beach's 67 was one of just two final rounds in the 60s, leading him to a three-shot win over Carlos Sainz, Jr.

“I felt very comfortable this week," said Beach, one of several Met Area players that recently advanced to the final stage of Korn Ferry Tour Qualifying School. "I committed a couple mistakes yesterday that I was frustrated with. But I knew coming back today, it’s almost an advantage to play from behind. I was confident that my experience might prevail if I could play well. Getting off to the fast start was huge."

“It’s hard work paying off,” Beach told the PGA. “It’s nice to represent all the Assistants out there. The work is just starting.”