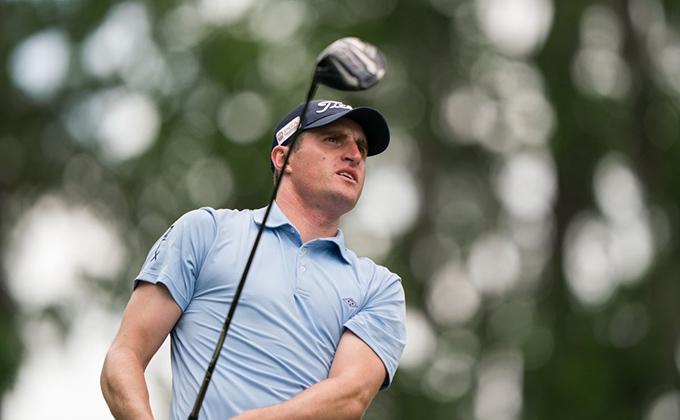 Beach used three rounds in the 60s to fire his 10-under, 277 tournament total and claim a two-shot win over new Fresh Meadow Country Club head professional Danny Balin. Beach was in the mix from the start, opening the championship with 67 to sit one shot off the early pace. Following scores of 68-73 over the next two rounds, Beach closed with a solid 3-under 69 on Wednesday to capture the title and earn a berth in his second PGA Championship (2017).

Balin, the 2012 Met Open champion, played steadily throughout the four rounds as well, carding scores of 70-66-72-71 for solo second at 8-under. Beach and Balin separated themselves from the field, with the third place finisher coming in at 4-under par overall. Balin will be making his sixth start in the PGA Championship.

Jason Caron of Mill River Club added another Met Area name to the mix high on the leader board, finishing tied fourth at 2-under to earn a spot in the PGA Championship for the first time.

Brian Mackey of Hollow Brook and Rob Labritz of GlenArbor rounded out those finishing inside the top-10, both finishing tied eighth at even-par for the championship. Mackey will make his first career start in the PGA Championship, while Labritz will make his sixth PGA start.

Tyler Hall of Upper Montclair, the 2011 Met Open victor, grabbed the final spot at Bethpage in a playoff. In what started as a 6-for-2 playoff, Hall drained a birdie putt on the third playoff hole--the par-5 13th--to edge out fellow Met Area professional and two-time PGA Professional Championship winner Matt Dobyns of Meadow Brook. Brian Gaffney of Essex Fells was also in the battle for the final positions, which was for players finishing 3-over for the championship. Hall's birdie roll clinched his first career start in the PGA Championship.

The venue certainly adds even more excitement for the local players competing, but especially for Balin and Labritz. Both have claimed multiple New York State Open titles at the famed Black Course, Labritz in 2008, 2011 and 2016 and Balin in 2012 and 2013.