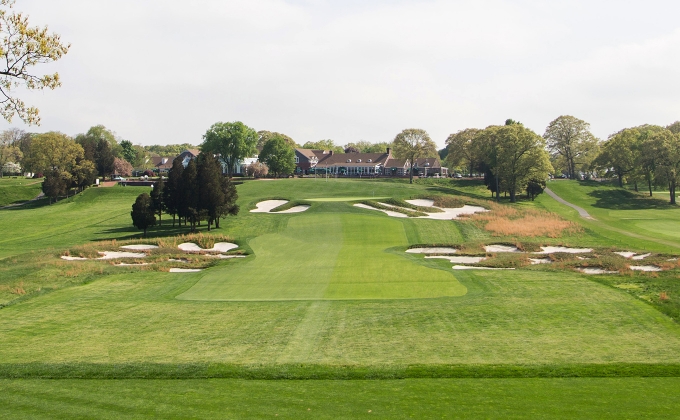 ELMSFORD, N.Y. (January 6, 2020) – The Met Amateur stands as the MGA's oldest championship, yet we already know history will be made with its 118th playing, July 30 - August 2, when Bethpage State Park's famed Black Course becomes the first-ever public course to host the championship. Registration for all events on the 2020 MGA schedule – as well as the 2020 LIGA and WGA championship schedules – will open on March 1.

Upon welcoming the Met Amateur, Bethpage Black will become the 18th venue to have hosted all three of the MGA's majors – the Ike, Amateur and Open – and will stand as the only public course on the distinct list. The famed A.W. Tillinghast layout, past U.S. Open, PGA Championship host and home of the 2024 Ryder Cup crowned Ike champions in 1953 and 1994 and welcomed the Met Open in 1989, 2001 and 2010.

Country Club of Darien in Darien, Conn., makes its MGA championship debut in a big way as host of the 65th Ike MGA Stroke Play Championship, June 29-30. Country Club of Darien has garnered much-deserved attention following a redesign by Dr. Michael Hurdzan, whose work earned the club "Renovation of the Year" by Golf, Inc., in 2010, and established the layout among the top in the region.

Meanwhile, Mountiain Ridge Country Club in West Caldwell, N.J., will host an MGA event for a 15th time and crown its 7th MGA major champion with the 105th Met Open Championship Presented by Callaway, August 18-20. Mountain Ridge stands among a pair of exclusive distinctions when it comes to hosting MGA events, as one of five clubs to have hosted eight different MGA events and as one of the soon to be 18 venues that have hosted all three of the MGA's majors.

The MGA has officially announced its 2020 calendar of competitions, which includes a number of additional highlights and newsworthy notes: