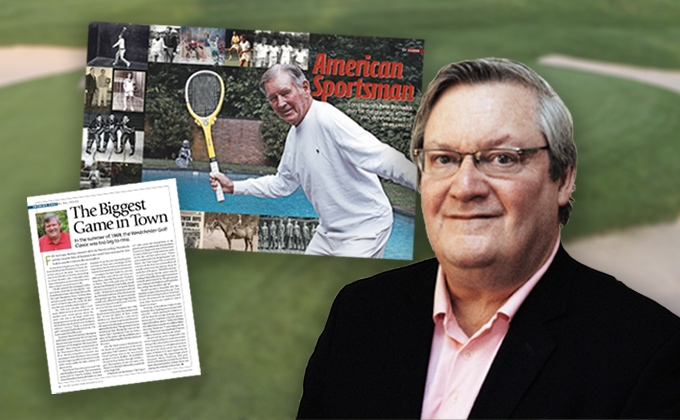 PALM BEACH GARDENS, Fla. (February 4, 2020) -- Bill Fields, a columnist and contributor to The Met Golfer whose versatile storytelling talent was a staple of Golf World magazine for more than two decades, has been named the recipient of the 2020 PGA of America Lifetime Achievement Award in Journalism.

Fields, 60 and a resident of Fairfield, Conn., is the 31st recipient of the PGA Lifetime Achievement Award in Journalism, which recognizes members of the media for their steadfast promotion of golf. Fields’ work spans 109 men’s major championships, eight Ryder Cups, more than 60 women’s and PGA Tour Champions majors, and more than 800 Golf World issues.

“It’s humbling and an honor to join those writers, broadcasters and editors who have previously received this award,” said Fields. “I’ve been lucky to work in this industry. Those of us who have done this for a long time, take a lot of pride in it. You try to tell the best stories you can about the events and the golfers playing in them.”

A board member of the Golf Writers Association of America and Metropolitan Golf Writers Association, Fields has won four GWAA first-place writing awards (1986, ’91, 2003, ’07) and more than a dozen second- and third-place honors. He authored an anthology, “Arnie, Seve and a Fleck of Golf History” (2014), and in 1993, collaborated with Dr. Richard Coop for “Mind Over Golf.” His photo of Larry Mize winning the 1987 Masters was selected as the cover image of “Best Sports Stories 1988.”

Fields will be honored on April 8 at the ISPS HANDA 48th Golf Writers Association of America (GWAA) Awards Dinner at Savannah Rapids Pavilion in Augusta, Georgia.