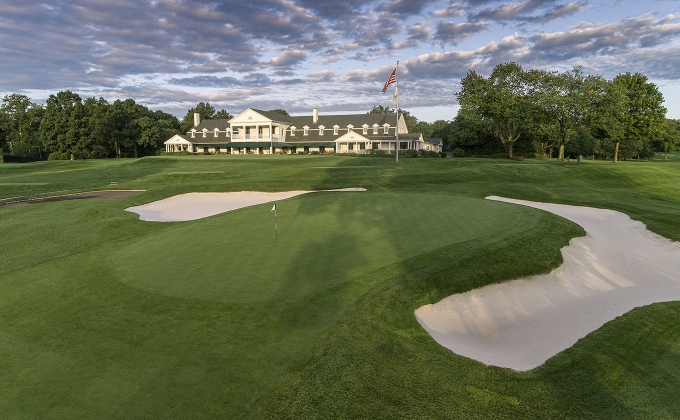 ELMSFORD, N.Y. (July 26, 2021) -- While Brooklawn Country Club had to wait an additional year to welcome its fifth USGA Championship, the wait is finally over with the 3rd U.S. Senior Women's Open Championship taking place this week. Several Met Area players are in the field while 11 past U.S. Women's Open champions, including Annika Sorenstam, will be playing.

Related: Road to the Majors In Partnership with Rolex

Alicia Dibos of Greenwich, Conn., the Director of Instruction at Winged Foot Golf Club, was exempt into the field based on her finish on the 2018 and 2019 Legends Tour Performance Points list. Dibos has played in the inaugural, 2nd and now soon to be 3rd U.S. Senior Women’s Open.

On July 15, at the MGA-conducted U.S. Women’s Senior Open qualifier at Greenwich Country Club, Kelley Brooke of New York, N.Y., and Westport, Conn., amateur Leela Narang-Benaderet, who plays out of Shorehaven, secured their spots at Brooklawn. Kelley Brooke, the owner and director of instruction of the Golf Channel Academy with Kelley Brooke at Bethpage State Park, qualified for her second U.S. Senior Women's Open, while Narang-Benaderet qualified for her first. Narang-Benaderet is a partner in a sports marketing and athlete management company and has served as tournament director for a number of LPGA events, including the ShopRite LPGA Classic.

Cheryl Anderson of Heathrowe, Fla., also advanced from Greenwich and has strong Met Area ties. She is a five-time Met PGA Women’s Player of the Year and was recognized in 2006 as the LPGA National Teacher of the Year. Anderson taught in the Metropolitan New York area from 1992-2007 before moving to Florida where she is now the director of instruction at the Mike Bender Golf Academy in Lake Mary.

Teaching Professional at Engineers Country Club, Jean Bartholomew of Garden City, N.Y., is also in the field, having received an exemption after her performance in the 2019 Senior LPGA Championship.

The Met Area connections continue with Julie Piers of Canada. Piers is no stranger to the Met Area considering she grew up in northern Westchester and started playing golf at Waccauc Country Club.