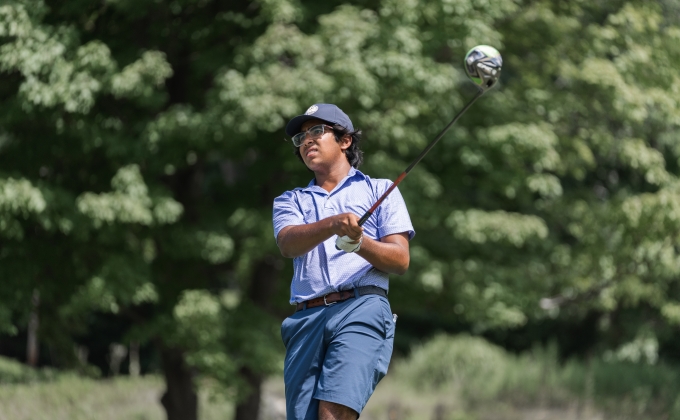 HASTINGS-ON-HUDSON, N.Y. (August 10, 2022) – It took 19 holes in the final match, and close to 90 on the week, but the wait was well worth it for Arjun Caprihan of Warren, N.J. as he captured the 54th MGA/MetLife Boys Championship at historic Saint Andrew’s Golf Club. Caprihan took down the top seed in the bracket, Liam Pasternak of Morristown, N.J., in extra holes. His birdie on the par-four first hole sealed the win.

"I wanted to close it out on that hole," said Caprihan. "It was a great feeling and nice to win on a birdie."

After needing 18 holes in his morning semifinal against Holden Schipper of Lebanon, N.Y., Caprihan had a quick turnaround to face Pasternak who beat Philip Connolly of Garden City, N.Y., 3 and 2 in the morning. The two golfers went back and forth during the first nine, with each winning three holes while the other three holes were tied.

Much of the same continued on the back nine. Pasternak won the 12th, Caprihan the 13th, Pasternak the 15th and Caprihan the 16th. On the par-5 17th, Pasternak went just over the green in two, but opened the door when he sent a chip back to the front of the green. Caprihan won the hole with par and headed to the 18th hole 1 up.

Both golfers hit perfect drives and Pasternak went first. He stuffed his approach to a foot, which led to a conceded birdied. Caprihan hit it close as well and just missed an eight-footer to win. Pasternak, who finished runner-up in the 53rd MGA/MetLife Boys Championship at Gardiner's Bay, also forced extra holes in his quarterfinal match by hitting his approach to a foot on the 18th green.

After two great drives on the 19th hole, Caprihan put the pressure on with his approach landing inside 10-feet. Pasternak gave himself a look from about 30-feet, but couldn't get his putt to drop. With a similar length putt to the one he had on the 18th for the win, Caprihan delivered.

"It's a nice win," said Caprihan. "I know the tournament has been around a long time and to be one of the champions is a great feeling."

Neither Pasternak or Capirhan, who grew up playing soccer together, took more than a 1-up lead throughout the duration of the match. Caprihan, who was the No. 7 seed to start match play, proved clutch down the stretch, winning his final two matches by 1-up margins.