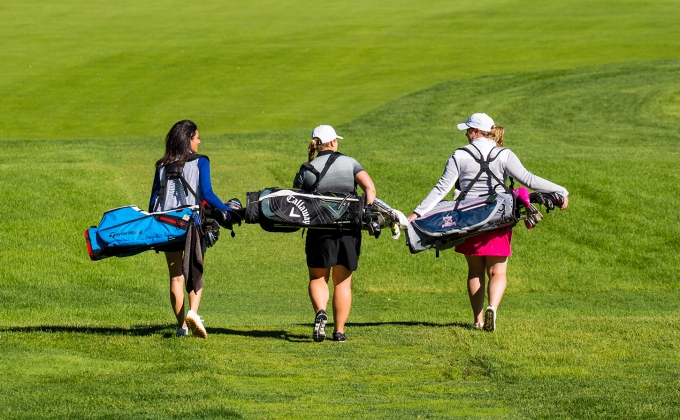 ELMSFORD, NY (February 1, 2021) - With venues such as Southampton Golf Club and Rock Spring Golf Club hosting women's championships in 2021, the LIGA hosting its annual women's events and a number of women's USGA qualifiers and championships taking place in the region this summer, it's an exciting season for women's golf in the Met Area.

Related: More on the 2021 MGA Schedule

The schedule kicks off with the 23rd MGA/WMGA Women's Public Links Championship, May 17 at Rock Spring Golf Club in West Orange, N.J. The championship will provide the region's women's public links players an outstanding opportunity to compete upon a historic Seth Raynor layout. The par-72 course, which was founded in 1925, sits on rolling terrain, with tree-lined fairways leading to uniquely styled Raynor green complexes.

On June 8, the 19th MGA/WMGA Women's Met Amateur Championship heads to Southampton Golf Club. The event was not held in 2020, but continues its stretch of taking place at incredible hosts that have recently included Somerset Hills Country Club, The Saint Andrew's Golf Club, Mountain Ridge Country Club and Atlantic Golf Club. That stretch has proved memorable for many competitors, but especially for 2019 U.S. Women's Mid-Amateur champion Ina Kim of Deepdale, who earned titles in 2016, 2018 and 2019.

The following month, on July 6, ladies have the opportunity to grab a teammate for the 57th MGA/WMGA Mixed Pinehurst Championship at Lawrence Yacht and Country Club in Lawrence, N.Y. Partners do not need to be from the same club.

Another team format available for women this year includes the new MGA Parent-Child Net Tournament. Teams, competing in the Pinehurst format, will be comprised of a parent and a child, in any gender combination, with step-parents, grandparents and in-laws eligible to compete. Complete details are to be announced.

The popular MGA/Met Life Women's Four-Ball Championship will then take place later in the year, with details to be announced.

The LIGA's Women's Amateur Stroke Play continues this year on Bethpage's Red Course. The final date is to be announced.

Championship registration will open for all events on March 1.