Dobyns Leads Met Open After Round One

Dobyns Leads Met Open After Round One 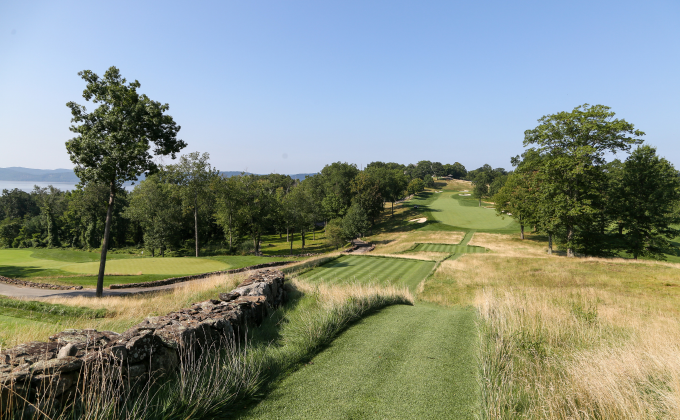 CROTON-ON-HUDSON, N.Y. (August 24, 2021) -- Matt Dobyns of Meadow Brook fired a 6-under 64 in the first round of the 106th Met Open Championship Presented By Callaway to lead the field at Hudson National Golf Club. Dobyns, the 2019 Met Open champion at Piping Rock Club, used strong putting to propel himself to the front of the pack.

"It's no secret why I shot what I did today," said Dobyns. "This was the best I have putted in a long time."

The flat stick was hot all day for Dobyns, who started his round on the back nine. He carded three birdies and no bogeys to make the turn at 3-under. On his second nine of the day Dobyns, a two-time PGA Professional Championship winner, had just one par to go with four birdies, an eagle and three bogeys.

"There was more going on during my second nine," said Dobyns. "When you play a place like Hudson National you're not going to come out without a few tough holes. Once again my putting was good and I was able to get the strokes back that I lost."

Dobyns was the highlight of the morning round, but far from the only good score at Hudson National in the early going of day one. Two-time Met Open champion Andrew Svoboda of Engineers carded the only bogey-free round of the day, finishing at 5-under and one back of Dobyns.

"I drove it really well today," said Svoboda after his round. "I've played here enough to know that's a big key."

Peter Ballo of Silvermine finished two off the lead at 4-under. Ballo was in the solo lead for most of the morning, but faltered on his last three holes going two over in that stretch to come back to the field. Still, he is in prime position heading into round two.

The afternoon wave saw tougher conditions as the course started to firm up. David Pastore of Fairview Country Club and Tom Lovelady of Silo Ridge Field Club both posted 3-under rounds to secure the lowest scores of the second wave. Pastore came on late, finishing his round with three birdies in the last four holes. Lovelady, who has played in nearly 40 Korn Ferry Tour events, was able to overcome a few blemishes on the scorecard by holing seven birdies on his round.

In total, 18 players finished under par during the first round. Right in the mix are plenty of strong golfers who have a good chance to factor into things by Thursday. Tyler Hall of Upper Montclair, the 2011 Met Open Champion, currently sits at 2-under alongside six other golfers including amateur Jack Wall of Manasquan River, the 2020 Met Amateur champion.

The field will be back for round two tomorrow, which begins at 7:30 am. All players who teed off in the afternoon will tee off in the morning tomorrow as round two will determine who makes the final round Thursday. The top-54 golfers and ties will advance after the conclusion of tomorrow's round.