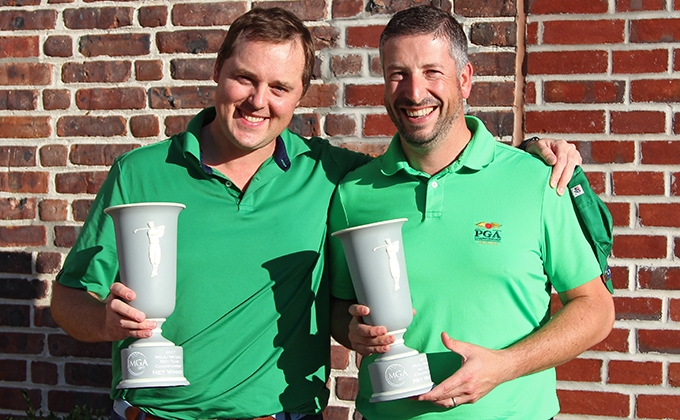 Michael Davidson and Mark Anania of Maplewood took home top honors, recording a net score of 10-under 62. The round included a trio of net eagles, in addition to six birdies. The duo edged 2016 champions Joseph Eaton and Graham Linn of Thistle Golf Club by just one shot, while David Guttag and Michael Weiss of Leewood took third place with a net 7-under 65.

Ryan Williams and Michael Catania of Bethpage claimed gross honors by three shots behind their 6-under 66, which was highlighted by an eagle-two and then two birdies on Nos. 1-3. The duo added three more birdies on the round, while tallying just one bogey.

On the women’s side, Annabel Means and Carol Snyder of Montauk Downs claimed top honors with a net score of 7-under 65. Their round included an eagle-three on the third hole. They also tallied seven birdies and had just a pair of bogeys on the day. Sandra Lugar and Lisa Leblanc of Redding and Christina Farrell and Barbara Rederscheid both tallied net 6-under 66s, with Lugar and Leblanc taking second on a match of cards.

EWGA Long Island duo Patrice Franco and Yong Park completed the successful three-peat in the gross division, carding a 3-over 75 on the day. The pair played steadily all day, carding just four bogeys while also adding a birdie on the par-five 10th hole.

The Men’s and Women’s Four-Ball championships benefit the MGA Foundation and its programming that serves youth education.