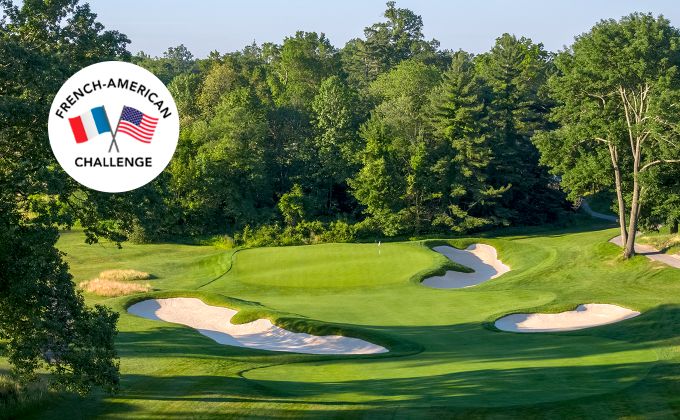 ELMSFORD, N.Y. (August 31, 2022) -- The final members of the Met Area team have been named to take on the Ligue de Paris Ile-de-France in the 20th French-American Challenge at Quaker Ridge Golf Club, October 25-26, 2022. Anina Ku of Neshanic Valley, Christian Cavaliere of Mahopac, Darin Goldstein of Deepdale and Matt Mattare of MGA e-Club - N.J. round out the 10-player team.

Ku will play on her first international team. Ku graduated in May from Harvard, where she captained the women’s golf team and finished third in the individual portion of the Ivy League Championship. This summer, the 2019 NJSGA Women’s Amateur champion won the WMGA Stroke Play “A” Championship and NJSGA Women’s Public Links Championship, a title she previously claimed in 2019 and 2018.

Cavaliere will also play on his first international team. Cavaliere, a three-time Westchester Amateur champion and past Met Junior winner, has had a strong 2022 season, finishing as runner-up at this year’s 100th Westchester Open at Sleepy Hollow, advancing to match play the Met Amateur, recording a top-ten finish at the Ike, and qualifying for the U.S. Amateur Championship.

Goldstein and Mattare stand as two French-American team alumni completing this year's team. Goldstein has competed on the last six international teams, which includes the Governor Hugh L. Carey Challenge Cup where the MGA faces Golf Ireland. This season Goldstein has captured the Long Island Mid-Amateur and the Boff Invitational and was a quarterfinalist at the Richardson Memorial. Goldstein made the cut at the Met Open and competed in both the Ike and Met Amateur championships.

Meanwhile, Mattare will bring his match play experience to the team; he was a member of the 2018 French-American Challenge team. Mattare finished fourth at the Coleman Invitational at Seminole to start off his 2022 season, and then won the Travis Invitational. Mattare recorded a top-10 finish at the Ike and also qualifyied for the U.S. Amateur.

The competition requires all 10 players on each team to play in each of the three sessions, which includes four-Ball and foursomes on the first day and singles matches on the second day. The Ligue de Paris has had a stronghold on the trophy, with the Met Area’s team only winning in 1991. Ties have occurred in 1995 and 2004.

The French-American Challenge Am-Am precedes the matches, pairing each of the 20 team members with other amateurs in a best ball gross and net format.

With Quaker Ridge hosting the event, it will become the first club to have hosted both the Governor Hugh L. Carey Challenge Cup (2003) and French-American Challenge. The club has strong history of hosting international team competitions already, serving as host of the Walker Cup and Curtis Cup in 1997 and 2018, respectively.