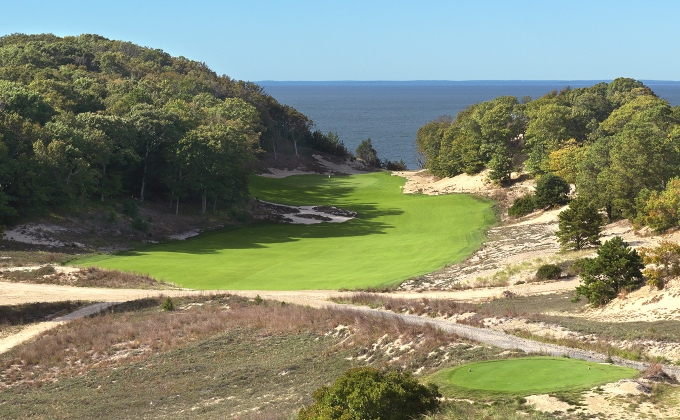 ELMSFORD, N.Y. (October 2, 2021) -- The Met Area's top players aged 30 and older head to Friar's Head for the 15th MGA Mid-Amateur Championship, October 4-5. The field of 120 players earned their coveted invitation for the championship based on finishes in Met Area event throughout the season.

The championship debuted in 2007 at Hudson National and has since visited some of the region's most respected venues, withMaidstone Club, Wee Burn Country Club and Somerset Hills Country Club hosting the most recent playings. The trophy, the Westmoreland Cup, is named for longtime MGA Tournament Director Gene Westmoreland who was instrumental in launching the championship and has a great passion for the mid-amateur game.

Seeking Top Finishes...Again
Darin Goldstein of Deepdale owns the longest active streak of consecutive top-10s in the event (5), while Jonathan Jeter of Nassau Players (4) and Tilley (4) will aim to continue their streak of top-10 finishes in the championship as well.

Met & Mid-Amateur
Greg Rohlf stands as the lone player to win both the Met Amateur and MGA Mid-Amateur. A trio of competitors have the opportunity to become the second, as Mike Stamberger of Spring Lake (2003) and Garett Engel of Old Westbury (2021) are all past Met Amateur champions in the field. McDonagh won his 2008 Met Amateur title at Friar's Head.

Mid-Amateur Momentum
Five players in the field are coming off appearances in the U.S. Mid-Amateur Championship: Tilley, Thomas Lee of Hudson National, James Arbes of Shackamaxon and Eric Bleile of Sterling Farms.

Back at Friar's Head
In addition to the 2008 Met Amateur, Friar's Head also hosted the 2015 Ike MGA Stroke Play Championship. Of those in the field, Randolph logged the top finish that week, carding rounds of 71-72-73 for an 8th place finish. Friar's Head owner Ken Bakst finished tied 13th at the Ike in 2015 and is in the field this week.