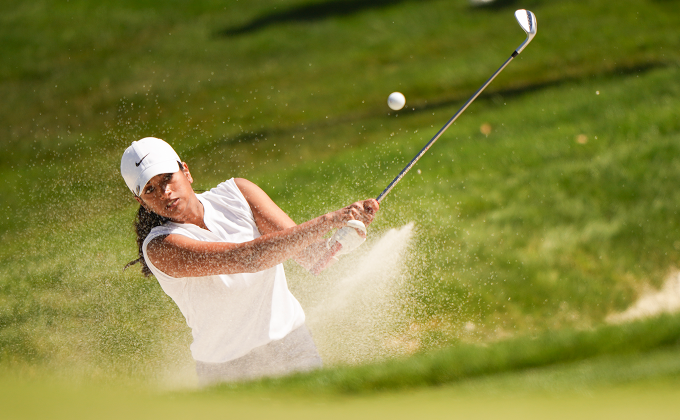 Ganne, 18, joins the squad after serving as an alternate for the victorious USA team at Wales last August. The team returns five players from that winning effort, with Ganne, Amari Avery of Riverside, Calif., and Latanna Stone of Riverview, Fla., as new additions.

"Especially after being there last year, experiencing the excitement firsthand and cheering on the team, it was one of my top goals this year,” said Ganne. “I couldn’t be more proud or excited to compete in a Curtis Cup at a venue as special as Merion. I know it’s going to be a week I remember for the rest of my life.”

The 2021 season ended with a flurry of team competitions for Ganne, who was also part of the MGA's team that retained the Carey Cup with a 10-10 tie against Golf Ireland. She also represented the United States in the Junior Solheim Cup and Junior Ryder Cup.

Those efforts came on the heels of her outstanding performance in the 2021 U.S. Women's Open at The Olympic Club, where she earned low-amateur honors behind a T14 finish after playing in the championship's final group.

The Curtis Cup Match is contested by two teams of eight female amateur players, one from the United States of America and one from Great Britain and Ireland, which is composed of England, the Republic of Ireland, Northern Ireland, Scotland and Wales. The USGA’s International Team Selection working group selects the USA Team, while The R&A selects the GB&I Team.