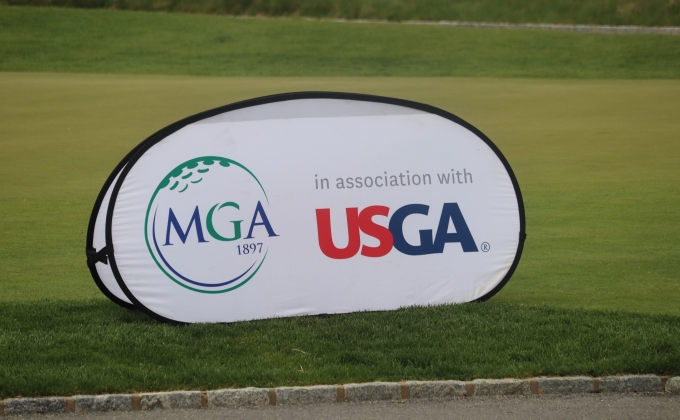 The duo took the top two qualifying positions of the four that were available, edging out their fellow competitors by a narrow margin. Hegarty and White both found success with birdies on 4,7, and 16, leading Hegarty to finish with five birdies to White's three.

Hegarty detailed his preparation for this upcoming season after a winter spend in Florida. "I've been down in South Florida playing on the minor league tour that Scott Turner runs and working with Dan McCarthy down in Grande Oaks," he said. "[I've] just been working really hard. This will probably be my last year trying to make it playing professional golf so I've been pretty focused on just trying to get better at this game."

Christopher White, who was the low amateur at the Long Island Open in 2019, credits his play on Monday to staying calm, taking a hole-by-hole approach and bouncing back from underwhelming performances of late.

"I'd say I scrambled pretty well. Biggest thing though was staying calm the whole time," he said. "Last week I played horrible, I was too focused on hitting targets. First tournament back in a while and just really didn't commit to many targets and focused more on score, so I really just played hole by hole today."

Isidro Benitez of San Andres, Mexico, finished one stroke behind the co-leaders with a 1-under 70 in his first time playing at North Shore. In 2018, Benitez became the youngest tournament winner on the PGA Tour Latinoamérica at only 19 years old. At North Shore, he finished with three birdies and only two bogeys on the day. Benitez paid great compliments to the course, stating that North Shore is "pure" and that the fairways were "maybe the best I've ever played." Benitez attributed much of his success to his training this offseason, shared that he spent a good amount of time in the gym to work on hitting the ball further.

It took a two-hole playoff between Joe Horowitz of Lynbrook, N.Y., and amateur Tyler Gerbavsits of Huntington, N.Y., for the fourth and final qualifying position after both finished at even. After matching pars on the first playoff hole, Horowitz was able to secure the final qualifying spot.

Gerbavsits is the first alternate, and Danny Yustin of East Amherst, N.Y., is the second alternate after carding a 1-over 72.