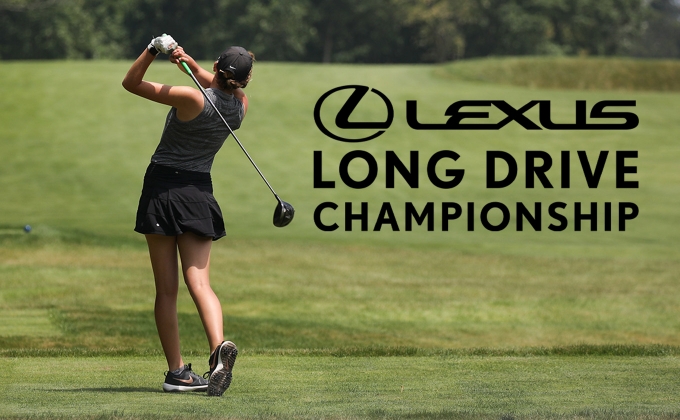 ELMSFORD, N.Y. (July 15, 2021) -- The Metropolitan Golf Association is pleased to announce a new addition to its portfolio of championships with the Lexus Long Drive Championship. The championship, open to amateurs of various ages and abilities, will be held on the grounds of the Bethpage Polo Field at Bethpage State Park in Farmingdale, N.Y., on Thursday, September 30.

“We are looking forward to bringing the Lexus Long Drive Championship to life this September,” said Chris Gaffney, MGA Director of Championships. “Driving distance is a hot topic amongst competitive golfers and weekend warriors alike, and this is an opportunity for men and women to show off their skills off the tee in a unique format that doesn’t currently exist in the Met Area.”

The championship is open to male and female amateurs age 12 and older. Participants will compete for their respective age division titles (noted below) and all participants will be entered to win the overall Men’s and Women’s Championships. Following the conclusion of scheduled play, the top two male and female participants will play-off for the title and the opportunity to win the Lexus Long Drive Championship belts. The overall champions (one male and one female) will also each receive an Odyssey putter and a one-year supply of Chrome Soft golf balls.

Registration will close on Friday, September 24. The entry fee is $50 per player, which includes a tee gift from vineyard vines and Ahead.