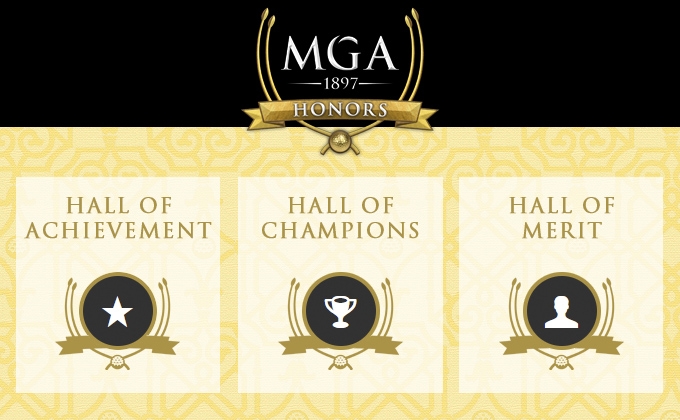 The MGA is proud to introduce the creation and launch of the MGA Honors, a new platform dedicated to celebrating and showcasing the rich history of the MGA and golf in the Met Area.  Announced by President Tod Pike at the Association’s 122nd Annual Meeting and Dinner on December 4, the MGA Honors includes an online archive, and is featured as the cover story in the November/December 2019 issue of The Met Golfer.

As Pike noted in The Met Golfer: “We have a history of recognizing the Player of the Year and the Distinguished Service Award winner, but we want to bring attention to a broader group of individuals who’ve contributed to the game in the Met Area over a long period of time.”

The inaugural class inducted into the Hall of Merit includes eight individuals—a group of five, and three honored on their own. All of them are part of the grand tapestry of a century-plus of the MGA:

We encourage all MGA members to explore the Honors archive and learn more about these great champions, award winners, and contributors to the game.