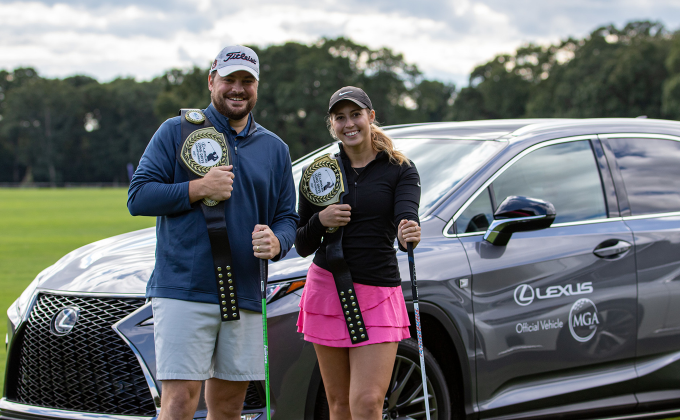 This stand-alone MGA amateur event welcomed an enthusiastic crowd to the Bethpage Polo Fields, as men and women competed across separate age divisions in addition to shooting for the overall crown. The men's overall title even needed an extra round as both finalists blasted drives a matching 357 yards.

"The inaugural Long Drive Championship was a success by all measures, with a good turnout and some impressive winners," says MGA Championships Director Chris Gaffney. "We're excited to move to a weekend date this year and hope to see even better representation for all divisions of players throughout the Met Area as they compete in our only non-tee-to-green competition on the calendar."

The competition is open to amateurs aged 12 and older, with players hitting 10 drives within the span of 5 minutes. Drives are measured with TrackMan for instant feedback, while the longest drive of the 10 that comes to rest within the Long Drive grid will be physically measured for an official distance. The top two male and top two female competitors then compete in a sudden-death playoff at the conclusion of the competition to determine a winner.

Registration for the event, which costs $50 and includes tee gifts from vineyard vines and Ahead, closes on Wednesday, September 28 at 5:00 p.m.