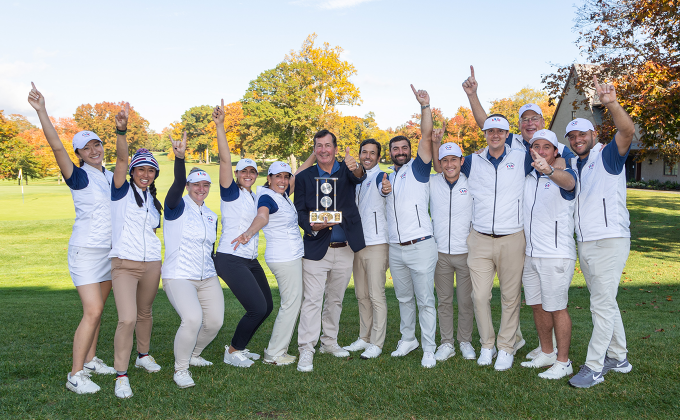 The competition requires all 10 players on each team to play in each of the three sessions, which concludes with singles matches on day two. The Ligue de Paris has had a stronghold on the trophy, with the Met Area’s team only winning in 1991. Ties have occurred in 1995 and 2004.

With Quaker Ridge hosting the event, it becomes the first club to have hosted both the Governor Hugh L. Carey Challenge Cup (2003) and French-American Challenge. The club has strong history of hosting both MGA championships and international team competitions already, serving as host of the Walker Cup and Curtis Cup in 1997 and 2018, respectively.